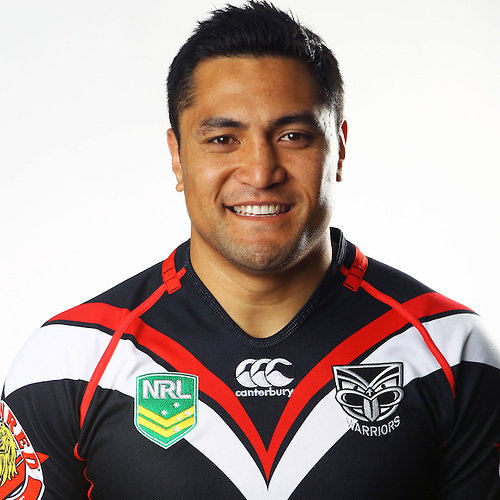 Ropati is of Samoan descent and was educated at St Paul's College, a school noted for its rugby league teams.

His junior club was the Marist Saints and he also played for the Marist Richmond Brothers in the Bartercard Cup.

In 2002 Ropati was named captain of the Junior Kiwis squad which played two games against touring Australian sides.

It was his 2003 season in the Bartercard Cup that shot him to prominence, as he enjoyed a stellar season and led the club to the grand final. Ironically he missed the grand final, which the Brothers lost, because he was making his NRL debut for the Warriors.

He made his first grade debut for the Warriors in Round 25 of the 2003 season against the Sydney Roosters. Since then he has played games at Fullback, Wing and Centre, as well as his preferred position of Five Eighth.

When not selected for the first grade side he has represented the Auckland Lions in both the Bartercard Cup and NSWRL Premier League.

He made his debut for the New Zealand Kiwis in 2005 against Australia and was involved in the 2006 Tri Nations.

He was one of four players who played in every game for the Warriors in 2007.

He was a member of the 2008 World Cup winning Kiwis team, that defeated Australia in the Final. He scored a try in the World Cup Final.

In 2009 he extended his Warriors career until to 2012 season, meaning that he will spend over ten years of his career at the Warriors.

His 2011 season was ruined by injury as he tore his ACL in Round 3. He therefore had to watch his side play in the 2011 NRL grand final from the sideline.

In 2014 after he broke his jaw in a match he called time on his career. He is the 2nd longest serving Warrior with 11 seasons

These days he is a regular guest for "The League Fix" show and works as a Warriors Community Ambassador.

He is no relation to the famous Ropati rugby league family.