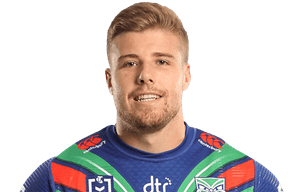 Jack Murchie (born 26 June 1997) is an Australian rugby league footballer who plays as a second-row forward for the New Zealand Warriors in the NRL.

His junior club was the Milton-Ulladulla Bulldogs.

He represented the Australian under 23s rugby league team at the 2018 Rugby League Commonwealth Championship, where they defeated Tonga in the final 14-8 and were coached by former Queensland State of Origin and Papua New Guinea international, Adrian Lam.

In round 19 of the 2018 NRL season, Murchie made his club debut for Canberra, played at the interchange bench in the controversial 24-28 loss to Cronulla-Sutherland Sharks at Southern Cross Group Stadium.

Murchie only made one appearance for Canberra in the 2019 NRL season which came against Manly-Warringah in round 7. Canberra would lose the match 24-20 at Brookvale Oval.

On May 21, Murchie was granted a release from Canberra Raiders to join the New Zealand Warriors on a one year deal. 9 days after joining the Warriors, Murchie made his New Zealand Warriors debut in round 3 of the 2020 NRL season against St. George Illawarra Dragons starting from the bench, in the 18–0 win.
Share:
Share