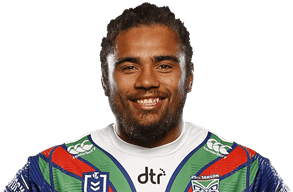 The former Mount Albert Grammar student First XV player has been a standout with the Junior Warriors. While playing First XV for MAGs he helped the team win National First XV Championship Final against Hastings High School in 2016. Same year he would make his Warriors NYC debut and be selected for the Junior Kiwis.

Papalii has also won two gold medals in the 2014 Oceania Power Lifting Championships in New Caledonia. Papalii won the Youth (U17) 94kg+ division, and the Junior (U20) 105kg division with a 107kg snatch and a 125kg clean and jerk.