You are using an out of date browser. It may not display this or other websites correctly.
You should upgrade or use an alternative browser.
Overview Gallery (18) 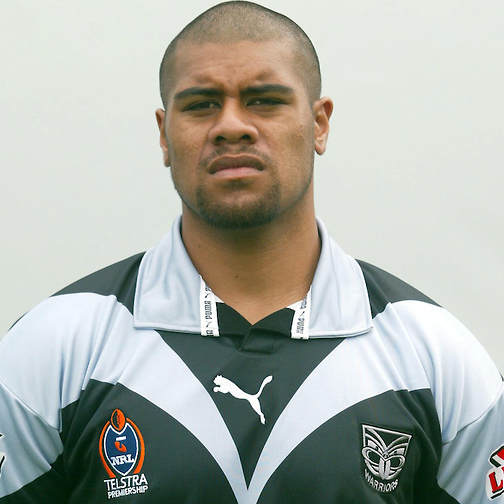 Although his surname is often written with an apostrophe in the middle (between the 2 letter "a"s), this is incorrect.

Played league for his High School Penrose College (now known as One Tree Hill College) he helped them make giant strides in the Auckland Secondary Schools competition. A sport that Penrose had never excelled at previously.

Made his debut for the Warriors still aged 18 in 2001. He would become known for his straight up the middle barn storming runs. After 4 seasons and 83 games he would sign for Wigan and team up with another former NZ Warrior and friend Jerry Seuseu.

After being a Junior Kiwi and NZ Kiwi, on 4 October 2007 the RLIF gave permission for Paleaaesina to represent Samoa at the 2008 Rugby League World Cuprather than New Zealand who he had previously represented in international matches. He qualified to play for Samoa due to his Samoan heritage. Strangley enough he would never play a test for the Samoa team.

He would go onto play for a number of other clubs and is currently playing for Hull FC.