You are using an out of date browser. It may not display this or other websites correctly.
You should upgrade or use an alternative browser.
Overview Gallery (27) Discussion (130) 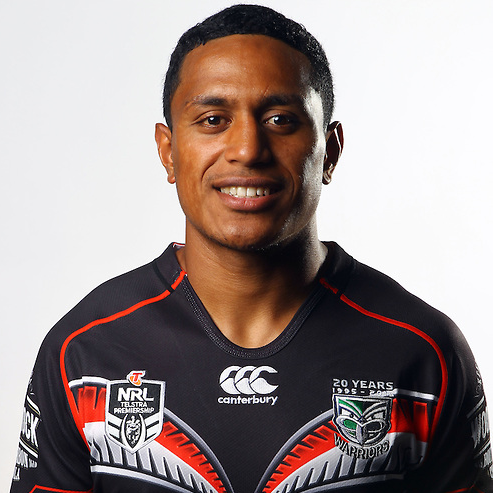 From a well-known Auckland rugby league family, Glen Fisiiahi was given a brief taste of NYC football in 2009, making three appearances in the squad. In 2010, Fisiiahi became a first-choice player for the Vodafone Junior Warriors, scoring 20 tries in 26 matches in the team’s memorable championship season. The following year Glen was upgraded to a full NRL contract and he earned his spot in the round one starting line-up after an outstanding preseason. Injury kept him out of the next two games but he returned with a two-try player of the day display in the club's first win of the season against Cronulla in Taupo.

After only four appearances in 2012, the 2013 season was a challenging one for Fisiiahi. After mourning the loss of his sister he had his season cut short by a pectoral injury in July. He was able to get back to health in time to represent Tonga at the 2013 World Cup. The ‘Flying Fish' is a product of Wesley College where he was the school's sports dux in 2008.

Completed a Diploma in Sport and Recreation at AUT University.