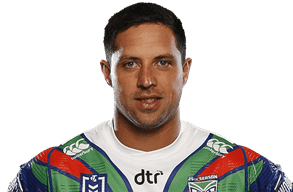 Of Māori descent specifically the Ngāti Ākarana Iwi (tribe), Beale was born in Brisbane, Queensland. He played his junior rugby league for Logan Brothers before signed professionally for the Brisbane Broncos. Beale is a cousin of All Black great Zinzan Brooke.

In Round 9 against the Melbourne Storm at the Storms first match at their new home ground AAMI Park, Beale scored his first NRL career try off the interchange bench in the Broncos upset 36-14 win. Beale finished the Brisbane Broncos 2010 NRL season with him playing in 10 matches and scoring 2 tries. In October 2010, Beale played for the Junior Kangaroos.

In May 2011, Beale switched his eligibility allegiance to New Zealand. Beale was named in the New Zealand Kiwis 19th-man Squad to play Australia in the annual ANZAC Test match at Gold Coast's Cbus Super Stadium, however did not play in the match. In the Semi Finals match against the St George Illawarra Dragons at Suncorp Stadium, Beale accidentally kneed retiring Broncos legend Darren Lockyer in the cheek while catching a high ball near the end of the match, Lockyer later kicked the winning field goal in golden extra time to win the Broncos the match 13-12. This resulted in Lockyer’s last Broncos match after he missed the Broncos 26-14 preliminary Final loss to the Manly Warringah Sea Eagles at SFS. Beale finished the Brisbane Broncos 2011 NRL season with him playing in all of the Broncos 27 matches and scoring 10 tries. Beale was named in the New Zealand Kiwis Squad to play in the Four Nations Tournament in the UK. Beale made his international debut for New Zealand against Australia at Hunter Stadium on 28 October 2011 playing as centre. Beale played in all of the Kiwis 3 matches in the tournament scoring two tries against Wales in the Kiwis 36-0 win at Wembley Stadium.

On 3 April 2012, Beale signed a 3-year contract with the St George Illawarra Dragons, starting from the 2013 NRL season. Beale finished his last year with the Brisbane Broncos in the 2012 NRL season with him playing in all of the Broncos 25 matches and scoring 8 tries. On 13 October 2012, Beale was selected to play on the left wing for New Zealand in the October test against Australia at Townsville's 1300SMILES Stadium in Queensland. Beale scored a try in the left corner in New Zealand's 18-10 loss.

In Round 1 of the 2013 NRL season against the Melbourne Storm at AAMI Park, Beale made his club debut for the St George Illawarra Dragons at fullback in the Dragons 30-10 loss. In Round 5 against the Newcastle Knights at Jubilee Oval, Beale suffered a season ending knee injury in the Dragons 19-16 win. Beale finished his first year with the St George Illawarra Dragons in the 2013 NRL season with him playing in 5 matches.

In Round 1 against the Wests Tigers at ANZ Stadium, Beale scored his first club try for Dragons in the 44-24 win. On 2 May 2014, Beale was selected to play for New Zealand at centre in the 2014 ANZAC Test match against Australia in the Kiwis 30-18 loss at SFS. Beale finished off the 2014 NRL season with him playing in all of the Dragons 24 matches and scoring 11 tries. On 7 October 2014, Beale was selected in the New Zealand Kiwis final 24 man squad for the 2014 Four Nations. On 19 November 2014, Beale signed a three-year deal with the Cronulla-Sutherland Sharks, starting from 2015.

On 23 January 2015, Beale was named in the Sharks 2015 NRL Auckland Nines squad. In Round 1 of the 2015 NRL season, Beale made his club debut for the Cronulla-Sutherland Sharks against the Canberra Raiders at centre in the Sharks 24-20 loss at Remondis Stadium. In Round 22 against the North Queensland Cowboys, Beale scored his first club try for the Sharks in the 30-18 win at Remondis Stadium. Beale finished his first year with the Sharks with him playing in all 26 matches and scoring 2 tries.

On 29 January, Beale was named in the Sharks 2016 Auckland Nines squad. On 1 April 2016, there were rumours that Beale was going make a shift to the Melbourne Storm early into the season but the Sharks weren’t too keen on granting an early release. On 6 May 2016, Beale played for the New Zealand Kiwis against Australia, playing at centre in the 18-0 loss at Hunter Stadium. Beale played off the bench in the sharks historic premiership win in 2016 NRL Grand Final.

On 8 September 2017, it was announced that Beale would be signing a 3 year contract with the New Zealand Warriors starting in 2018.
Share:
Facebook WhatsApp Email Link