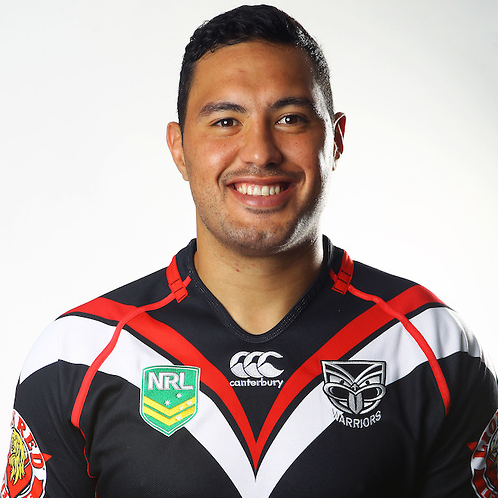 Born in Sydney, New South Wales, Mateo is of English and Tongan descent. Mateo attended Westfields Sports High School until Year 10 and then moved to Terra Sancta College. During this time he played for the Dundas Shamrocks and Lalor Park Kookaburras before being signed by the Parramatta Eels. Mateo played for the Australian Schoolboys team in 2003 on a tour of New Zealand. In 2004, Mateo was selected for the New South Wales under 19's and also made the Junior Kanagaroo's tour of Papua New Guinea.

Mateo played a season with the London Broncos in 2005, appearing in 14 games.

Mateo returned to the Parramatta Eels in the 2006 NRL season and played in the NSWRL Premier League. Mateo was named the Parramatta Premier League Player of the Yearand was named the grand final Man of the Match when the Eels defeated Newtown Jets 20-19 in extra time. On 22 October 2006, Mateo made his debut for Tonga in the 2006 World Cup Qualifiers against Samoa, playing at five-eighth in the 18-10 win at Headingley Stadium.

At the start of 2007, Mateo was selected in the Eels the NRL team. On 10 October 2007, Mateo played for Tonga against the Junior Kangaroos at five-eighth in the 44-6 win in Nuku'alofa.

On 2 May 2008, Mateo played for NSW City Origin against NSW Country Origin off the interchange bench in the 22-all draw at WIN Stadium. Mateo finished first at the end of the regular season on offloads with 64. Mateo was named in the Tongan squad for the 2008 Rugby League World Cup.

On 10 May 2010, Mateo signed with the New Zealand Warriors for the 2011 NRL season and the following two seasons.

On 13 February 2011, Mateo was chosen to play for the NRL All Stars off the interchange bench in the 28-12 win over the Indigenous All Stars at Cbus Super Stadium. In Round 1 of the 2014 NRL season, Mateo made his club debut for the New Zealand Warriors against his former club the Parramatta Eels, playing off the interchange bench in the Warriors 24-18 loss at Eden Park.

On 2 October 2011, in the Warriors 2011 NRL Grand Final match against the Manly-Warringah Sea Eagles, Mateo played off the interchange bench in the Warriors 24-10 loss. Mateo had a stellar debut year with the New Zealand Warriors playing in all their 28 matches and scoring 5 tries. Mateo led to offload count in 2011 with 85 offloads. On 3 November 2011, at the annual RLIF Awards dinner, Mateo was named the Tonga player of the year.

On 22 April 2012, Mateo played for NSW City Origin against NSW Country Origin at lock in the 24-22 win at Mudgee. Mateo finished the 2012 NRL season with him playing in all of the Warriors 24 matches and scoring 3 tries. Despite the Warriors bad season Mateo again was on top of the Offload count with 71.

On 9 February 2013, Mateo was chosen to play for the NRL All Stars off the interchange bench in the 28-12 win over the Indigenous All Stars at Suncorp Stadium. On 21 April 2013, Mateo played for NSW City Origin against NSW Country Origin at lock in the 18-12 win at Coffs Harbour. In Round 10 against the Penrith Panthers, Mateo played his 150th NRL career match in the Warriors woeful 62-6 loss at Penrith Stadium. On 16 May 2013 Mateo re-signed with the Warriors on a 3-year deal to the end of the 2016 season.

In April 2014, Mateo was dropped to New South Wales Cup for 2 matches by new appointed coach Andrew McFadden for poor form in the opening rounds of the season.

On 28 October 2014, Mateo was granted a release from the Warriors to sign with the Manly-Warringah Sea Eagles for the 2015 and 2016 NRL seasons.