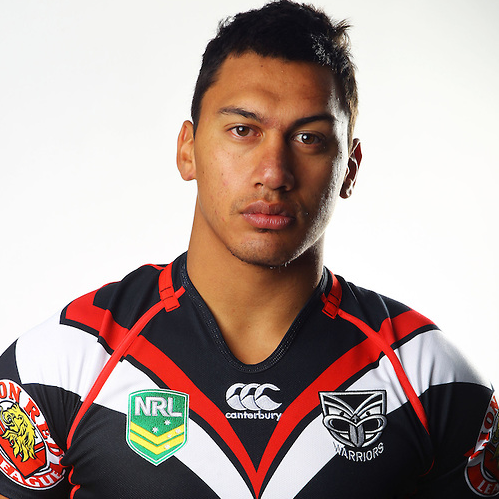 Born in Taranaki, Taylor attended Patea High School before moving to Northland with his family, where he attended Kaitaia College. Taylor was a rugby union age group representative for Taranaki, Northland and Auckland before taking up rugby league in 2006 while studying at St. Paul's College after watching Sonny Bill Williams playing for the Canterbury Bulldogs.

In 2007 Taylor was selected for the New Zealand Māori Under-18s side.

After Taylor was signed by the Warriors on a development contract he moved to Auckland and attended St Paul's College, known for producing rugby league talents. He played for the Otahuhu Leopards club in Auckland Rugby League competitions and the Tamaki Titans in the Bartercard Cup.

With the creation of the Toyota Cup in 2008 Taylor joined the Warriors under-20 side and in 2009 became team captain. He missed only one of the team's first 46 matches. He was to become the eighth player to be promoted to make his first grade debut from the under-20 side when he was named to play against the Gold Coast Titans on 9 August 2009, but he had to withdraw from the game due to a hamstring injury. He finished his Toyota Cup career with fifty two games and fourteen tries.

Taylor finally made his first grade debut on 3 April 2011 when he came off the bench against the Cronulla Sharks at Owen Delany Park, Taupo, April 3, 2011 (Round 4).


Debuted for the Kiwis versus Wales, during the 2011 Four Nations tournament.

For the 2013 Anzac Test, Taylor was selected to play for New Zealand from the interchange bench in their loss against Australia.

In early 2013 he signed with the Penrith Panthers for the 2014 season and beyond.