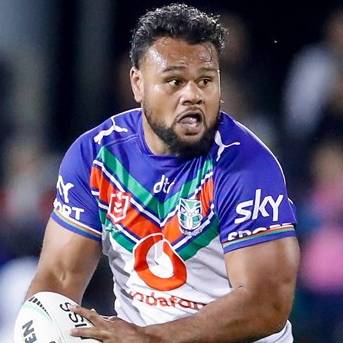 Lui was born in Brisbane, Queensland, Australia. He is of Samoan descent.

Lui played his junior football for the Aspley Devils and Brisbane Brothers before being signed by the Brisbane Broncos.

2010
In round 5 of the 2010 NRL season, Lui made his NRL debut for the Brisbane Broncos against the St. George Illawarra Dragons off the interchange bench in the Broncos 34–16 loss at WIN Stadium. In round 6 against the Cronulla-Sutherland Sharks, Lui scored his first NRL career try in the Broncos 44–16 win at Suncorp Stadium. Lui finished his debut year in the NRL with him playing in 4 matches and scoring a try for the Brisbane Broncos.

2012
Lui finished the 2012 NRL season with him played in 9 matches for Brisbane.

2014
In round 1 of the 2014 NRL season, Lui made his club debut for the Manly-Warringah Sea Eagles against the Melbourne Storm off the interchange bench in the club's 23–22 loss at Brookvale Oval.

In May 2014, Lui played for Samoa in the 2014 Pacific Rugby League International against Fiji off the interchange bench in Samoa's 32–16 win at Penrith Stadium. In round 17 against the Canterbury-Bankstown Bulldogs, Lui scored his first club try for Manly-Warringah in the 23–16 loss at ANZ Stadium, Lui scoring his first try since round 6 of the 2010 NRL season for the Brisbane Broncos. Lui finished off his first year with the Manly-Warringah Sea Eagles with him playing in 21 matches and scoring a try in the 2014 NRL season. On 7 October 2014, Lui was selected in Samoa 24-man squad for the 2014 Rugby League Four Nations. Lui played in 2 matches in the tournament.

2015
On 23 January, Lui was named in Manly's 2015 Auckland Nines squad. On 2 May, Lui played for Samoa in the 2015 Polynesian Cup battle against Tonga, playing off the interchange bench in Samoa's 18–16 win at Cbus Super Stadium. On 16 September, Lui signed a two-year contract with St. George Illawarra starting in 2016. Lui finished his last year with the Manly-Warringah Sea Eagles with him playing in 17 matches in the 2015 NRL season.

On 9 November 2016, Lui signed a two-year deal with the Canberra Raiders commencing in 2017.

2018
Lui signed a further three-year extension on 8 August 2018, keeping him at the Canberra Raiders until the end of the 2021 season.

2019
Lui made 27 appearances for Canberra in the 2019 NRL season as the club reached their first grand final in 25 years. Lui played from the bench in the 2019 NRL Grand Final in which Canberra were defeated by the Sydney Roosters at ANZ Stadium.

2020
Lui played 20 games for Canberra in the 2020 NRL season, including all three of Canberra's finals matches. At the end of the season, he made a long-awaited State of Origin debut for Queensland in the second match of the series, replacing the injured Christian Welch in a 34-10 loss to New South Wales.

2021
Lui made a total of 11 appearances for Canberra in the 2021 NRL season which saw the club miss the finals. Following the end of the season, Lui was released by Canberra.