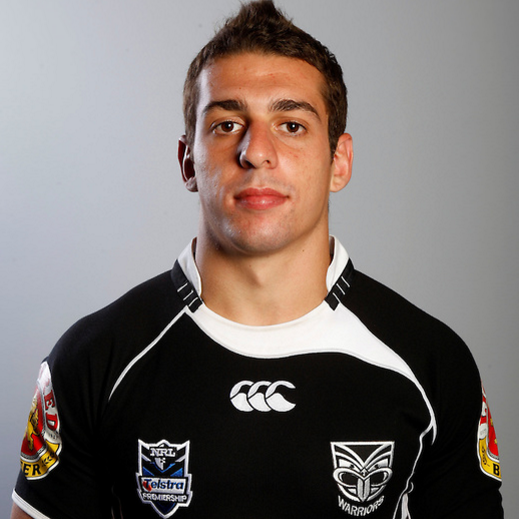 You are using an out of date browser. It may not display this or other websites correctly.
You should upgrade or use an alternative browser.
Overview Multimedia Twitter Feed Gallery

Kemp was spotted by scouts for the Brisbane Broncos playing Soccer and convinced to convert to rugby league. After spending time in the Broncos system he made his NRL debut for the club in 2007 against Manly. He scored a try that game that was voted the 3rd best try of 2007 by nrl.com (Number 1 going to then Warriors player Wade McKinnon). That same year Kemp ran the quickest 40m sprint time in the clubs history recording 4.85sec and hitting speeds up to 34 km/h.

Shortly before 2008 Round 12 game against the Eels he would announce that he had signed with the Warriors and go on to score 4 tries in that match equaling the Broncos record.

On 28 May the New Zealand Warriors announced that they had signed Kemp for the 2009 and 2010 seasons. Whilst at the Warriors he took on goal-kicking responsibilities for the club for the first half of the 2009 season.

In Round 2, 2009, Kemp kicked the match winning conversion from the sideline to defeat the Manly-Warringah Sea Eagles with 28 seconds left. However for much of the season Kemp could not break into the first grade side, instead he was assigned to Otahuhu and played for the Auckland Vulcans in the NSW Cup. Near the end of the season he asked for a release so he could return to Queensland to rebuild his National Rugby League career. Kemp played in ten games for the Warriors, scoring 46 points.

He was granted a release and re-signed with the Broncos. He switched positions to fullback to fill the void left by Karmichael Hunt but would suffer injuries that left him on the outer. Kemp went on to play Rugby Union, sign with the St George-Illawarra Dragons then re-sign with the Broncos.