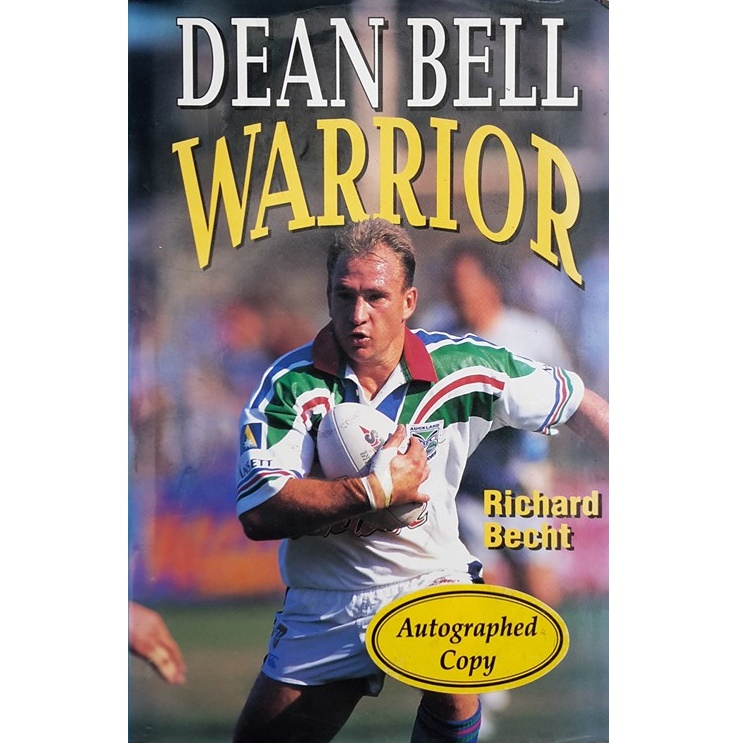 Dean Bell has always been a rugby league warrior; from the age of four, when he began playing, until he became captain of the Auckland Warriors, one of the latest teams to join Australia's Winfield Cup. In between he has played at the top level of rugby league in both hemispheres: as player, then captain, of the Kiwis, including the team that reached the final of the World Cup in 1998: to professional football year-round with Leeds and Eastern suburbs: and with Wigan, where as player and captain he was an instrumental force in the development and success of this top English club. Most recently, he has turned to coaching, becoming the coach of his old English club Leeds after a successful season with the Warriors.

After so many years at the pinnacle of international league, Dean Bell has worked and played with some of the great names, and in this book they share their own personal insight into Dean Bell and the game: names such as he legendary Graham Lowe, Arthur Beetson, coach at the Easts and later Australian coach, and Warriors coach John Monie: players Ellery Hanley, Andy Platt, Frano Botica, Hugh McGahan, Denis Betts, and Va'ainga Tuigamala: and Wigan Chairman, and now Chief Executive of English Rugby League, Maurice Lindsay.

Alongside the unfolding of Dean Bell's unique career as an international sportsman and the big stories of recent rugby league history, the book reveals the creation and moulding of a crack league team - the Auckland Warriors - from its beginnings to the end of its first season. Dean Bell Warrior is league history in the making.
Share:
Share