You are using an out of date browser. It may not display this or other websites correctly.
You should upgrade or use an alternative browser.
Overview Gallery (16) Discussion (350) 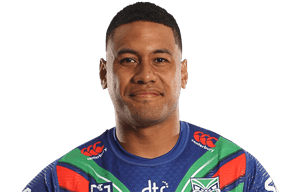 Contracted till end of
2017

Starting his playing career with the Marist Saints, David is a product of Kelston Boys' High.

‘Fus’ had the distinction of playing for each of the club’s teams in 2014. He represented the Vodafone Warriors at the NRL Nines and went on to make his NRL debut as well as playing for the NRL, NSW Cup and NYC teams. While a shoulder injury ended his campaign early he won the club’s Vodafone NRL Rookie of the Year award.