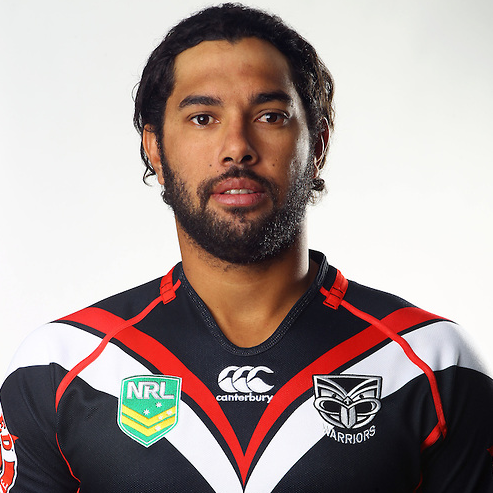 From the North Queensland town of Mackay, Nielsen is of Indigenous Australian and Solomon Island descent and was a Norths Devils junior.

Nielsen started his NRL career with the Cronulla-Sutherland Sharks, making his début on 20 July 2007 against the Manly-Warringah Sea Eagles.

In 2008 Nielsen joined the Melbourne Storm, becoming a regular at centre. He played for Melbourne on the wing in their 2009 NRL Grand Final win against the Parramatta Eels. Nielsen then went on to play in Melbourne's 2010 World Club Challenge victory against English champions, the Leeds Rhinos.

Nielsen was named as injured Greg Inglis' replacement at centre in the Queensland side for Game I and II of the 2011 State of Origin series.

In May 2012, he signed a 3-year deal with the New Zealand Warriors starting in 2013. Later that year he played in the third and deciding game of the 2012 State of Origin series which Queensland won. At the end of the season Nielsen played for the Melbourne Storm in their 2012 NRL Grand final victory over the Canterbury-Bankstown Bulldogs.

Nielsen moved to Auckland for the 2013 New Zealand Warriors season. Nielsen played 30 games for the Warriors over two seasons playing mainly inside Manu Vatuvei on the left edge. After a series of bad games Nielsen was dropped to the Reserve Grade and kept there by the good form of his replacement Ngani Laumape. Nielsen was only reselected for 1st Grade after Laumape was suspended for a careless high tackle.

On 19 November 2014, Nielsen signed a two-year deal with the St George Illawarra Dragons, starting from the 2015 season.

On 5 May 2015, Nielsen had his contract with the Dragons terminated due to disciplinary reasons.

After several games in the Mackay & District Rugby League, Nielsen signed a year and a half contract with the Bradford Bulls on 28 July 2015.