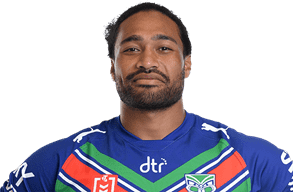 Iulio ‘Bunty’ Afoa, like his team-mate Bradley Abbey, is also a St Paul’s College product. He has demonstrated his qualities as a prop in representative rugby league, making appearances for both the NZ Residents 16s and 18s. Still 17, Afoa made his first appearance in round two, coming off the bench to face the Dragons. He featured impressively and has been a regular since, predominantly used in an interchange role.