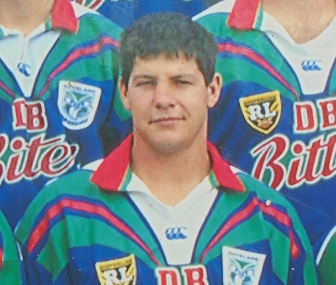 In 1996 he made his ARL debut for the Auckland Warriors. He was a key part of the 1996 team that made the Reserve Grade Grand Final. He was also named Development Player of the Year. He went on to play 55 games for the Warriors, both from the bench and starting at prop. In 1997, during the Super League war, he made his debut for New Zealand in the Triseries against Queensland and New South Wales.