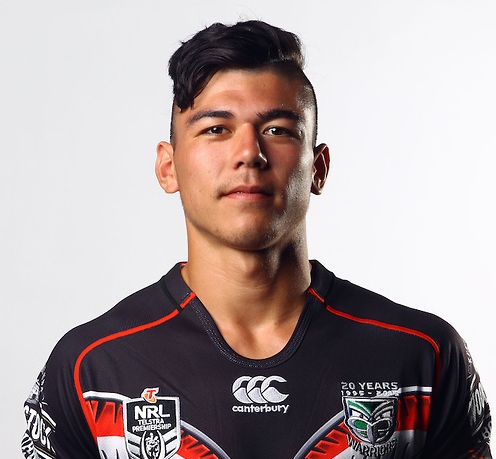 Brad Abbey, at just 17 years of age, is rated one of the club’s brightest prospects. A skilful fullback, he moved from Western Springs College to the renowned rugby league nursery St Paul’s College, setting alight a career which has already seen him attract interest from many other clubs. He recently signed a new two-year contract with the Vodafone Warriors through to the end of the 2016 season. He made his NYC debut in round one of the 2014 campaign against the Parramatta Eels, going on to score a hat-trick in the club’s sixth-round clash against the Bulldogs. Outside of rugby league Abbey is aspiring to work as a police officer.

During the 2015 season it was announced that Abbey had been released from the Warriors to join the Bulldogs squad. This was in part because the Warriors had signed Roger Tuivasa-Sheck from the Roosters and Abbey was looking for some game time.