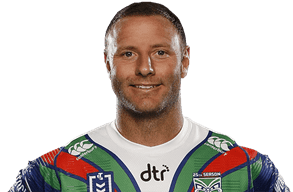 Green made his professional rugby league début during the 2007 NRL season with the Parramatta Eels before being snapped up by the Cronulla Sharks on a two-year deal. He moved to the Canterbury Bulldogs in 2010, enjoying his most consistent season to that point playing 18 games in the halves.

In October 2010 it was announced that Green had inked a two-year deal with the East Riding of Yorkshire club Hull Kingston Rovers, starting from the 2011 Super League season. Blake is linking up with former colleague Michael Dobson to form a new partnership at half-back for the Robins. Crusaders based in Wales currently playing in European Super League were also in the running to sign him as a specialist halfback for 2010's Super League XV.

Blake won the Harry Sunderland Trophy in the 2013 Super League Grand Final against the Warrington Wolves on 5 October 2013 as he helped Wigan come from 16-2 down to win 30-16 as he scored the try which moved Wigan 24-16 ahead in a crucial stage of the game as he put on a fantastic display at stand off despite taking a cheap shot on the ground from Warrington's Ben Westwood after just three minutes which left Blake on the ground out cold for a few minutes and with a black eye and fractured eye socket.

On 10 June 2014, Blake announced he would leave Wigan at the end of the season. Since returning to the NRL he has been in career-best form with the Melbourne Storm.

Blake then signed for manly for a two-year deal and got 3 tries and formed a combination with Daly Cherry Evans.

On the 20th of November 2017 manly announced that he was to be released from his final year of his contract to sign a three year deal with the Warriors.