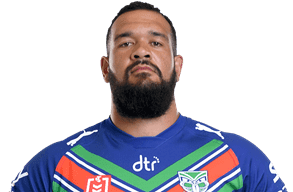 You are using an out of date browser. It may not display this or other websites correctly.
You should upgrade or use an alternative browser.
Overview Gallery Discussion
Ben Murdoch-Masila

Murdoch-Masila made his NRL debut in the first round of the 2010 NRL semi finals against the Sydney Roosters. He is one of very few players to have made his first appearance in a finals match.

In 2011, Murdoch-Masila made a further seven appearances, and may have made more if not for injuries. At the end of the season he was selected for the Junior Kiwis.

A regular on the bench in 2012, Murdoch-Masila played in 20 games for the season and scored five tries, including a double against the Eels. He also signed an extension to stay with the club until the end of 2015, with coach Tim Sheens saying, "There is no doubt Ben has enormous talent and potential. He is a strike weapon and can become a top line player of the game with the right kind of commitment to his training regime."

Missing only one game, Murdoch-Masila was one of the most regular first grade players for Wests Tigers in 2013. He started the season playing from the reserve bench, but started in the back row in the last 5 games of the season. In April, Murdoch-Masila made his international debut, playing in the Pacific Rugby League International for the Tongan side that thrashed Samoa 36–4. He was chosen to represent Tonga in the 2013 World Cup, but a leg injury in his first hit-up of the tournament saw him take no further part.

On 30 April 2014, Murdoch-Masila signed a 1 1⁄2-year contract effective immediately with the Penrith Panthers, after being released from the final year and a half of his Tigers contract.[

Murdoch-Masila has become a cult hero at Warrington Wolves, and has his own terrace song; ”1,2,3,4 Party on, Ben Murdoch-Masila, Party on - he’s a Tongan hero, Party on, he never gives the ball away-ay”.

He played in the 2018 Challenge Cup Final defeat by the Catalans Dragons at Wembley Stadium.

He played in the 2018 Super League Grand Final defeat by the Wigan Warriors at Old Trafford.

He played in the 2019 Challenge Cup Final victory over St. Helens at Wembley Stadium.

On 2 May 2015, Murdoch-Masila played for Tonga in their Polynesian Cup clash with Pacific rivals Samoa. During the 2015 season, he did not play any NRL games for the Panthers and was not re-signed beyond 2015. On 17 October 2015, Murdoch-Masila played for Tonga in their Asia-Pacific Qualifier match against the Cook Islands for the 2017 Rugby League World Cup.

He played in every match of Tonga's historic charge to the semi-finals of the 2017 Rugby League World Cup, and set up a vital try in their shock win over New Zealand in the pool stage of the tournament.
Share:
Share