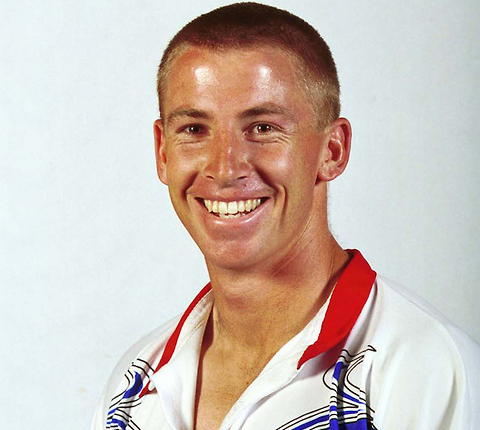 Hailing from West Auckland, Lythe played for the Mt Albert Lions and Glenora Bears in the Auckland Rugby Leaguecompetition and also played for the Waitakere City Raiders in the national Lion Red Cup. He was part of the team that lost the 1996 Lion Red Cup Grand Final, although he kicked three goals in that game. In the Auckland competition he also had some game time at hooker, swapping positions with Duane Mann.

His good performances earned him minor rep honours in 1996, being selected for both the North Zone in the inter zone challenge and the New Zealand XIII in the Pacific Challenge. He was also part of the Lion Red Cup selection that embarrassed the touring Great Britain Lions, drawing with the much more powerful side.

In 1997 he joined the Widnes Vikings in England, linking up with former Raiders team mate Boycie Nelson.

He then returned to New Zealand in 1998 and led the Glenora Bears to the Fox Memorial title, scoring 324 points (more than 130 clear of the next best on the points-scoring list). He also was involved in the Auckland representative side, scoring 98 points in only five games. He married Mardie Harkness in November 1998, however the honeymoon had to be postponed due to an Auckland-Canterbury match the next day.

In 1999 his point scoring reputation earned him interest from overseas and he joined the Burleigh Bears in the Queensland Cup. The Bears won the competition that year and Lythe was the competitions leading scorer, with over 200 points.

He was signed to a one year contract in 2000 by the Auckland Warriors, who needed a replacement for the injured Stacey Jones. He played five games for the club, however after Jones returned from injury he found himself surplus to requirements at the Warriors. Due to the Warriors feeder agreements, when he was not selected by the first grade side he was sent to Brisbane Souths to play in the Queensland Cup. He toured Australia with the New Zealand Residents in 2000.

In 2000 he joined the Mt Albert Lions in the new Bartercard Cup competition. At Mt Albert he formed a strong halves combination with Steve Buckingham and the pair led the Lions to three Bartercard Cup titles.

He changed codes in 2007, joining the Mahurangi rugby union club as a player-coach. Mahurangi compete in the North Harbour competition.