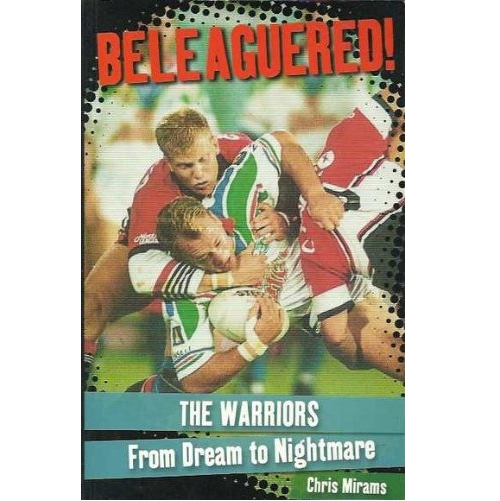 Beleaguered!: The Warriors from Dream to Nightmare

Title
Beleaguered!: The Warriors from Dream to Nightmare

The Warriors were launched in March 1995 amid a meteor-like blaze of colour, pageantry and promise. The hype was so persuasive it threatened to overwhelm even the greatest of New Zealand sporting institutions, the All Blacks.

Six years later, instead of being a national institution, the Warriors had become a national embarrassment. Beleaguered is the story of how ego, greed and avarice destroyed a dream.

"The biggest problem was thhe schools. Back in my schooling days, I originally went to Otahuhu Convent School where I was able to carry through on my preference for league. But that was very rare. When I came back to take over the Warriors, I couldnt believe the lack of progress league had made in the schools. Basically, it was non-existant. Id like to say it was like the game had been in a timewarp. But it was worse than that. The game had actually gone backwards. I mean I discovered that in Wellington - the city that produced great Kiwis like Kevin Tamati, Steve Kearney and John Lomax - that there wasnt a single school in the entire city that played rugby league. Can you imagine that: not one school! How can you possibly hope to hold onto the Tana Umaga's of this world when thats happening?"