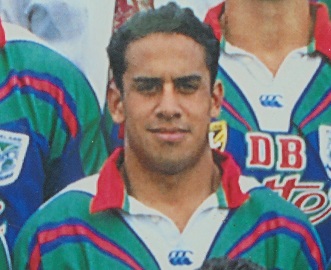 Swann's career started with the Waitakere City Raiders in the 1994 Lion Red Cup, before he signed with the Auckland Warriors, joining there reserve grade side. He made the Warriors' first grade side in 1996 and played 36 times for the club. He was a New Zealand representative in 1996, playing in three test matches.

After this Swann spent a year with the North Sydney Bears and a season and a half with the Canberra Raiders before moving to England to join the Warrington Wolves. Swann played for Samoa at the 2000 World Cup.

In 2002 he switched to rugby union and played for the Bay of Plenty Steamers.

In 2004 Swann returned to Auckland, playing rugby league for the Mt Albert Lions in the Bartercard Cup and representative football for the Auckland side