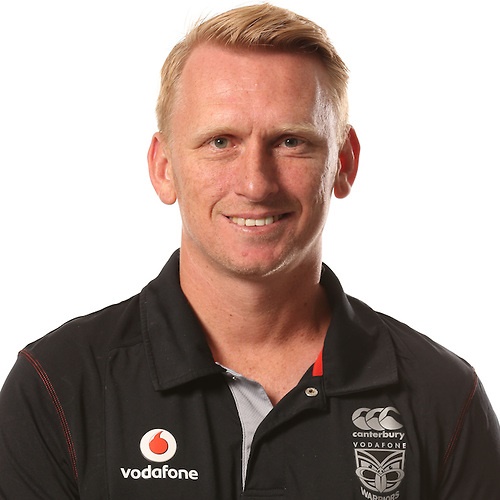 The 32-year-old Webster’s signing follows confirmation that the experienced Tony Iro would be returning for a second term as an assistant coach at the club.

Webster guided Wests Tigers to the 2014 NYC finals. After beating South Sydney in week one, they were eliminated by Brisbane last Friday night.

Among his previous appointments, Webster was Parramatta’s NYC coach last year and he had two stints as an assistant coach at Hull Kingston Rovers in the English Super League.

“Andrew is well regarded as a young coach on the way up,” he said.

“Cappy was keen to have a balance of an experienced voice and a younger coach as his assistants. Tony and Andrew will complement each other perfectly.”

Webster said the offer to join the Vodafone Warriors had come at the ideal time.

“I’m hugely excited about the opportunity to coach in the NRL and to have that chance with a club like the Vodafone Warriors,” he said.

“I’m really impressed with the club overall, with the system and the quality of the players they always have coming through.

“The 10 years I’ve had in coaching has given me experience in every role possible in my goal to coach in the NRL.

“The chance to work with Cappy and Tony couldn’t have come at a better time.”

McFadden said he had followed Webster’s development as a coach with interest.

“I first became aware of him when I was coaching at Les Catalans in France. He was with Hull Kingston Rovers then and I’ve kept an eye on him since,” he said.

“For such a young coach he has packed in lots of experience in Australia, England and the United States.

“Through his background he’ll bring a strong base of technical and analytical skills to our team.

“I couldn’t be happier with the calibre of the assistant coaches we’ve been able to secure for the next two seasons. Andrew and Tony are going to be invaluable with the support they’ll give me and the squad generally.”

His last season as a player was with the Connecticut Wildcats in the American National Rugby League in 2005. He had one season in union with Eastwood in Sydney after earlier playing lower grade rugby league with Ryde Eastwood, Parramatta and Balmain.

Webster’s first coaching experience was as Connecticut’s player-coach in 2005 followed by two seasons with Hull Kingston Rovers in 2006 and 2007.

After spending 2008 with Parramatta on work experience he was assistant coach under ex-Vodafone Warrior Justin Morgan at Hull KR from 2009-2011.

He returned to Australia in 2012 as coach of Balmain’s SG Ball side, guiding the young Tigers through an undefeated minor premiership campaign for the first time in the club’s history. The side went on to become Balmain’s first SG Ball grand final winner in 30 years.