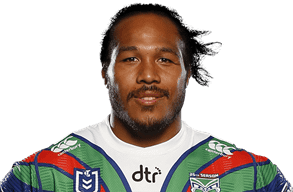 Born in Tonga, Paasi moved to New Zealand when he was three years old. At age 17, Paasi moved to Australia on a scholarship to play for Keebra Park State High School where they won the Arrive Alive Cup in 2009. He also played some Australian rules football for the school. He was offered a contract with the Wests Tigers under 20's, but complications with his visa saw him return to New Zealand, where he played for the Mangere East Hawks before being signed by the New Zealand Warriors.

A explosive prop or second rower, Paasi can also be used to cover the centres. He has been used in all three roles for the Vodafone Warriors in the New South Wales Cup this season.

He was in the club's NYC side in 2011, making 21 appearances including the grand final when the Vodafone Junior Warriors won the premiership for the second successive season.

In 2012 and 2013 he played for the now-defunct Auckland Vulcans in the New South Wales Cup. He trained with the Vodafone Warriors in the off-season being rewarded with a contract with the club's NSW Cup side.

He put together a string of impressive NSW Cup displays to earn selection for his NRL debut against the Brisbane Broncos at Suncorp Stadium on July 19, so becoming Vodafone Warrior No 191.

Looking for more game time and a better contract Paasi moved to the Gold Coast for the 2015 preseason on a trial run. He impressed enough to get a short contract. Due to suspensions and injuries he went onto to play 18 games for the Titans becoming a regular selection.

He was rewarded with a 2 year contract with the Titans.