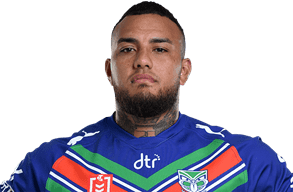 You are using an out of date browser. It may not display this or other websites correctly.
You should upgrade or use an alternative browser.
Overview Gallery Discussion
Addin Fonua-Blake

Fonua-Blake was born in Meadowbank, New South Wales, Australia (6 November 1995). He is of New Zealand and Tongan descent. He has played for both Tonga and New Zealand at international level.

He played his junior rugby league for the Mascot Jets, before being signed by the South Sydney Rabbitohs.

After playing lower grades with the South Sydney Rabbitohs in 2011 and Parramatta Eels in 2012.

On 18 October 2014, he played for the Junior Kiwis against the Junior Kangaroos, before re-signing with the Dragons on a contract to the end of 2016. On 19 January 2015, he was stood down by the Dragons due to disciplinary reasons, before having his contract terminated on 30 June 2015 when he pleaded guilty to assaulting his girlfriend.

At the end of 2015, he was granted approval by the NRL to train with the Manly Warringah Sea Eagles from 1 November of the same year.

After playing in five Intrust Super Premiership NSW matches for the Sea Eagles, Fonua-Blake was cleared to be eligible to play in the NRL after satisfying the NRL Integrity Unit that he had completed a comprehensive off-field counselling and development program. This allowed him to make his NRL debut for the Sea Eagles against the Parramatta Eels in Round 7 of the 2016 NRL season

On 7 September, following the end to Manly's season (having finished 13th), Fonua-Blake was named in the New Zealand Kiwis train-on squad for the 2016 Four Nations tournament. Later on the same day, he won the Ken Arthurson Award as Manly's 2016 Rookie of the Year.

He played in 14 games for the Sea Eagles in 2016, crossing for 2 tries (a double against the defending premiers North Queensland in Townsville).

Fonua-Blake made 22 appearances for Manly in 2017 as the club finished 6th on the table and qualified for the finals. Fonua-Blake played in the elimination final against the Penrith Panthers which Penrith controversially won 22-12 as Tyrone Peachey scored the match winning try although replays had shown the player knocked the ball forwards with his hands.

Fonua-Blake made 24 appearances for Manly in 2018. The club endured a horror season on and off the field narrowly avoiding the club's first wooden spoon by 2 competition points.

In round 8 of the 2020 NRL season, Fonua-Blake was sent off after full-time in the match against Newcastle after he called referee Grant Atkins a "fucking retard", and later a "spasticc". Fonua-Blake said this in response to Manly being denied a penalty try in the final moments of the match, which resulted in a 14-12 loss to the Newcastle Knights at Brookvale Oval.

On 16 September, Fonua-Blake handed in a transfer request despite having two years left on his contract. Fonua-Blake cited wanting to relocate out of Sydney with his young family for the decision.

On September 22nd, 2020, he announced via his Instagram account that he has agreed to join the New Zealand Warriors from the 2021 NRL season, with Manly having agreed to terminate the remainder of his contract.
Share:
Share