You are using an out of date browser. It may not display this or other websites correctly.
You should upgrade or use an alternative browser.
Overview Gallery (6) Discussion (104) 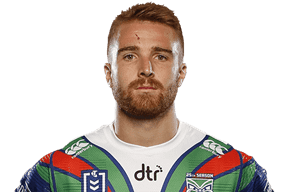 A versatile footballer that has the skill to play in the halves and size to play in the backrow. A tremendous goal-kicker, Adam possesses a wonderful left foot touch, deceiving running game and astute passing game.

Progressing through the grades at the Bulldogs, Adam played 3 NSW cup games as a 20 year old and proved his versatility in 2018 playing in the centres for Penrith NSW Cup side.

After selection in the NSW Cup team of the year at Five eight, Adam joins the Warriors where he will look to push for a spot in the starting 17.
Share:
Facebook WhatsApp Email Share Link