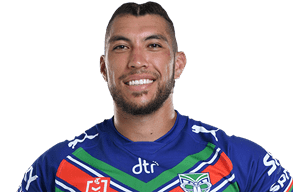 You are using an out of date browser. It may not display this or other websites correctly.
You should upgrade or use an alternative browser.
Overview Gallery Discussion
Aaron Pene

Contracted till end of
2023

Of Samoan heritage, the 1.90m, 107kg Pene initially came through Parramatta’s under-20s in 2015 and 2016, had a stint at Penrith and has played in the New South Wales Cup and the Intrust Super Cup while he also had a year off playing park football.​

Picked up by Melbourne midway through the 2019 season while playing for the Central Queensland Capras in the Intrust Super Cup, Pene was added to the Storm’s NRL by the end of the year.

Pene made his debut in round 20 of the 2020 NRL season for the Melbourne Storm against St. George Illawarra, in a 30–22 loss at Netstrata Jubilee Stadium

On 8 June 2021, the New Zealand Warriors announced that Pene would be joining them on a two year contract starting 2022.
Share:
Share