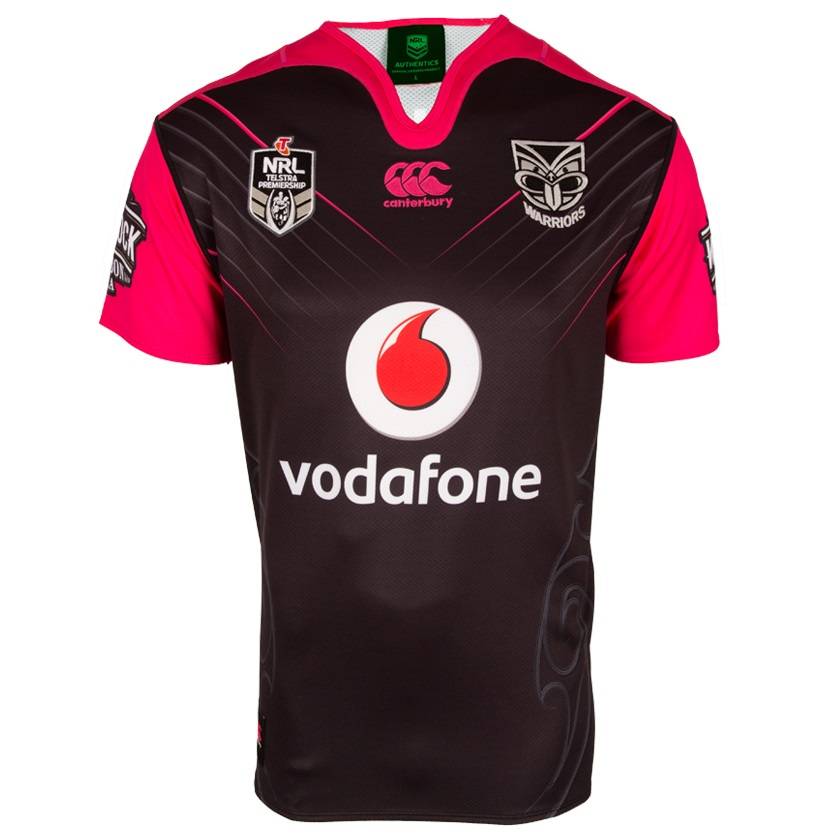 Jersey Debut
Round 19 vs Penrith Panthers

The new design 2017 Vodafone Warriors Women in League Jersey is based on our Home Jersey with all of the red switched to pink to celebrate the Women in League Round. Featuring an updated version of a traditional league chevron on the front chest and a Maori koru design on the lower sides.

The koru in this design is all about growth. The shape of the koru symbolises the early stages of a new unfurling fern frond. As the koru grows – it grows stronger and stronger as it reaches upward toward the light.

The koru also represents nurturing, care and protection. It symbolises peace, positive change, personal growth and hope for the future. It embodies one’s spirituality and working together in harmony.

This jersey is a replica of what your team will be wearing for the 2017 Women in League game at Mt Smart Stadium.

High quality logo embroidery on each side of the chest.

The jersey was worn during the Warriors Round 19 clash with the Penrith Panthers. Manu Vatuvei was given the #5 jersey but did not play. Players jerseys all had Manu Vatuvei's signature embroidered on them.

This players jersey would be extremely difficult to get as there would only be some 22 made.