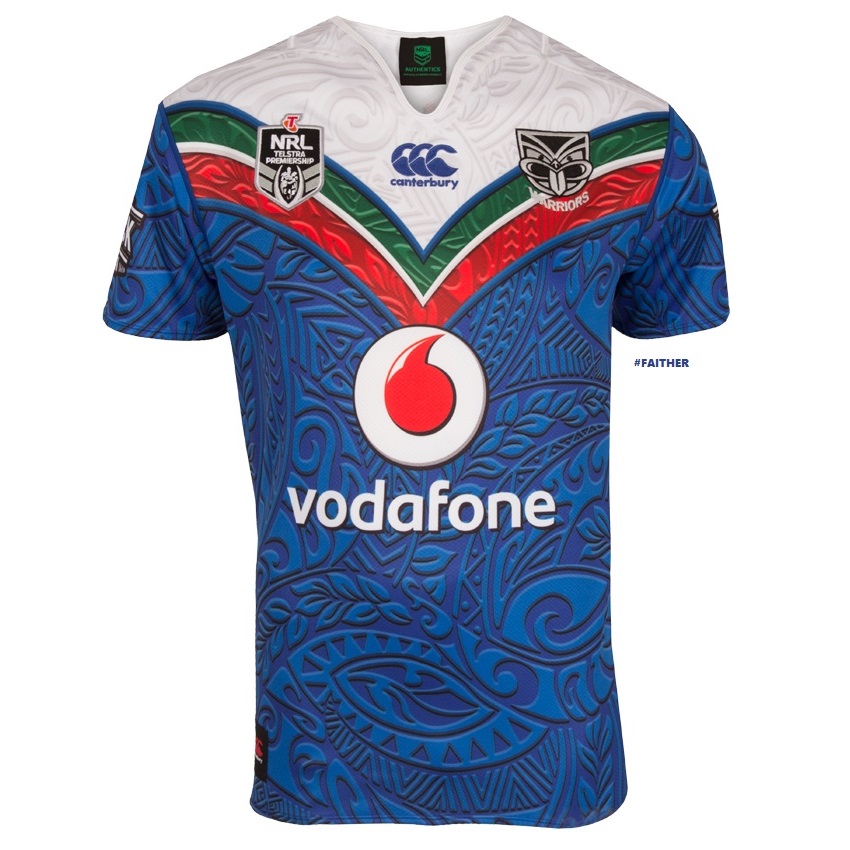 Pacific Warrior’, the Vodafone Warriors’ 2017 heritage jersey, has been unveiled today and is now available on pre-order.

‘Pacific Warrior’ pays homage to the strip the original Auckland Warriors first wore into battle in their debut season in 1995.

In recent years, the special design has focused not only on the Vodafone Warriors’ heritage in terms of their kits but also New Zealand’s heritage as well as that of the players and the community together with the club’s bloodlines.

While the 2017 design stays true to the 1995 jersey’s colours, the jersey has been given a Pasifika flavour honouring the many proud Polynesian players who have represented the club over the past 22 seasons.
Share:
Share