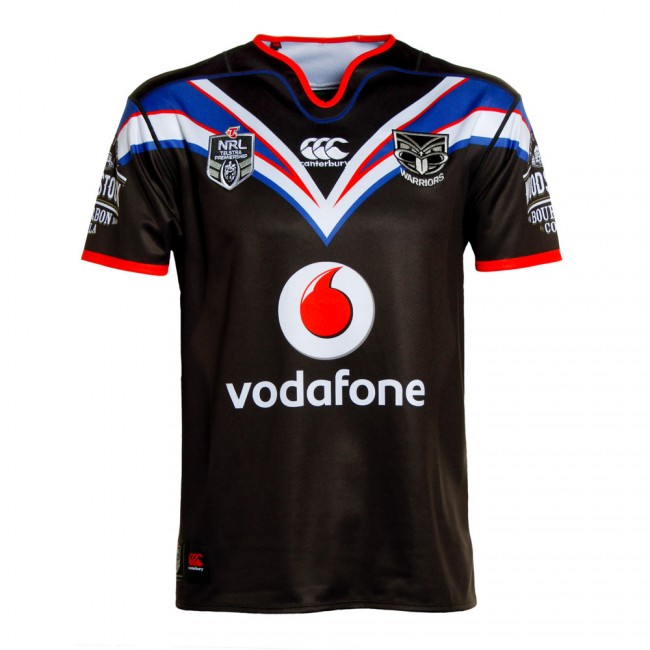 Memories of the Vodafone Warriors’ stellar 2002 season have been evoked with the release of the club’s heritage strip for the 2016 NRL season produced by club sponsor Canterbury of NZ.

A stunning replica of the 2002 kit has been produced for the Vodafone Warriors to wear in their 15th-round clash against the Sydney Roosters at Mount Smart Stadium on Sunday, June 19 (6.00pm kick-off).

It’s highly appropriate because it was in these colours that the Vodafone Warriors went on to win the minor premiership for the first time and then advanced to their first grand final where they met the Roosters.

Canterbury of NZ general manager Dwaynne Barrie said the jersey was an aspirational addition to the 2016 range.

“We’re proud to have produced a jersey which so strongly evokes memories of the 2002 grand final and we look forward to seeing a new era of Vodafone Warriors donning such an iconic design,” he said.

The retro-inspired jersey uses the tri-colour chevron V of the 2002 strip, updated for a more modern fit, reflecting the recent advances in garment technology.

Strong mesh fabric to wick away sweat during tough games.