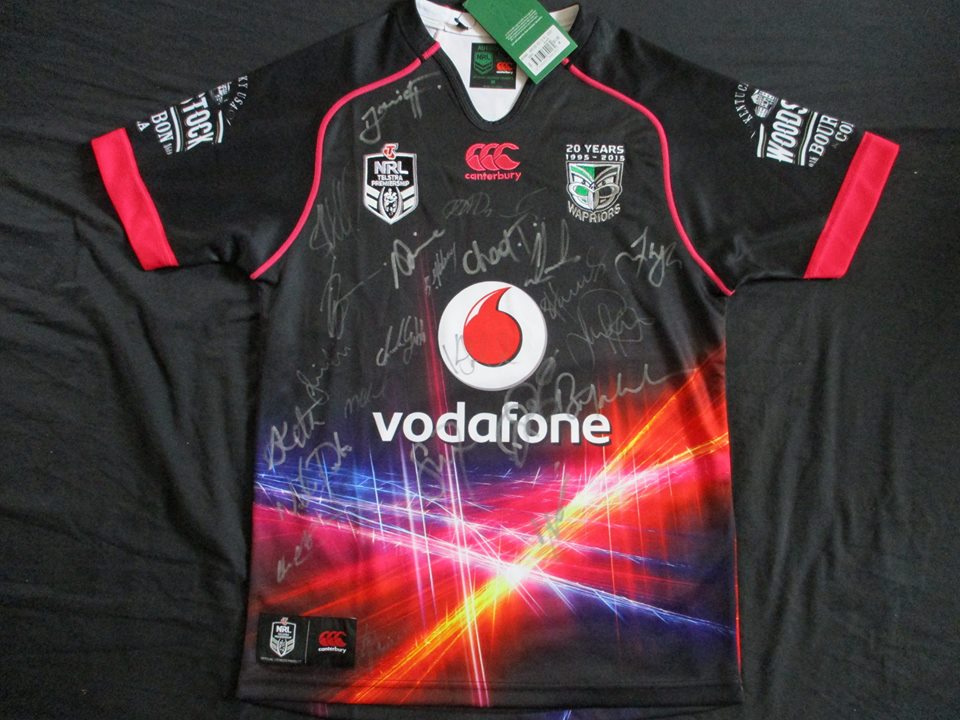 The 2015 Vodafone Warriors Women in League jersey is aptly named Supernova. This jersey acknowledges and recognises the important role that women play in the game of league at all levels up and down the country.


CHECK THROUGH THE IMAGE GALLERY OF THIS POST TO VIEW THE DIFFERENT TYPES AVAILABLE​
OFFICIAL REPLICA - Available through the Warriors official online store.

*white numbers were made available on jerseys mid season which were the same as the players numbers.

GPS pockets differ from the previous versions. They sit lower on the back and are made of a different material...
Share:
Share