You are using an out of date browser. It may not display this or other websites correctly.
You should upgrade or use an alternative browser.
Overview Gallery (6) 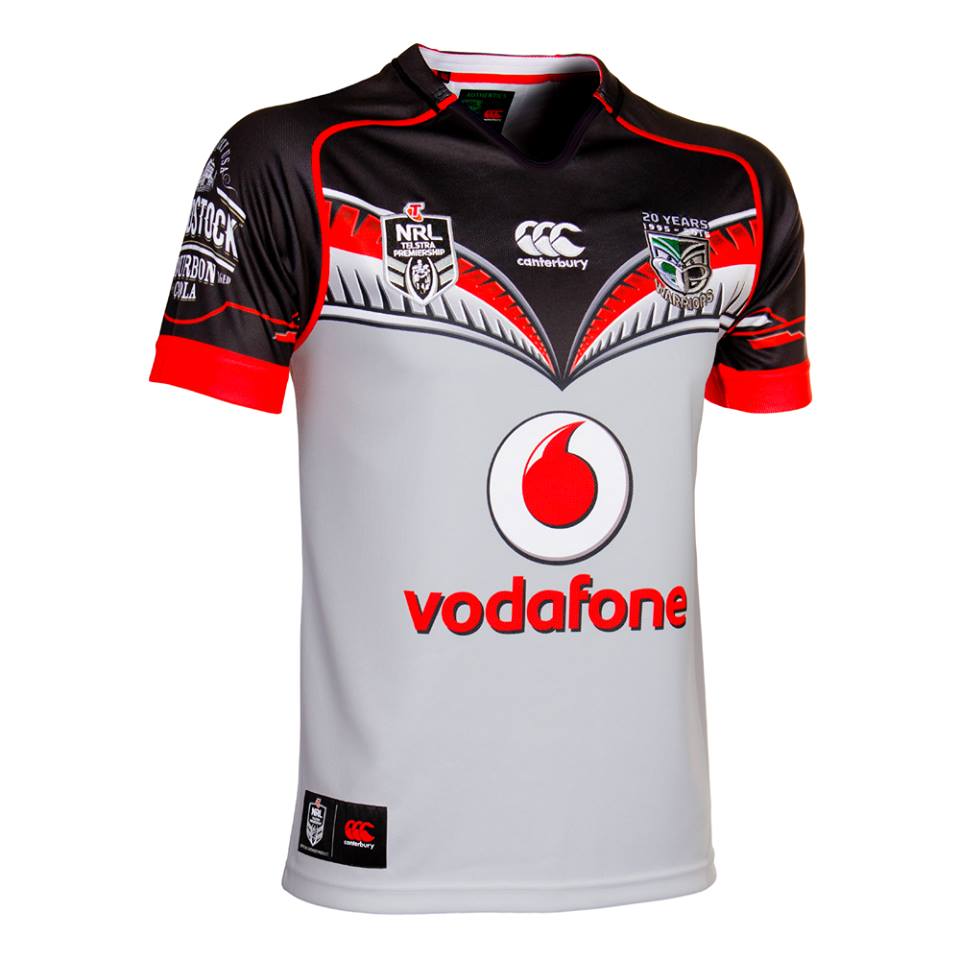 With the NRL mandatory 3 year jersey phase over once again for the Warriors the club would get to change the design of its home and away jersey. For the first time in the clubs history the jerseys were only updated versions of the last set.

The black and red chevons were changed to fern styled chevrons that ran on a sharper angle.

Biggest change was the introduction of new sleeve sponsor Woodstock Bourbon and Cola. The back saw the addition of a Warriors logo shadow across it as well as the SKYCITY logo being in black whereas last season it was white on a black background.
​
CHECK THROUGH THE IMAGE GALLERY OF THIS POST TO VIEW THE DIFFERENT TYPES AVAILABLE​
OFFICIAL REPLICA - Available through the Warriors official store http://www.warriorsstore.co.nz/

PLAYERS JERSEY - Same as the official replica but with a players fit taper, GPS pocket and black number on the back.