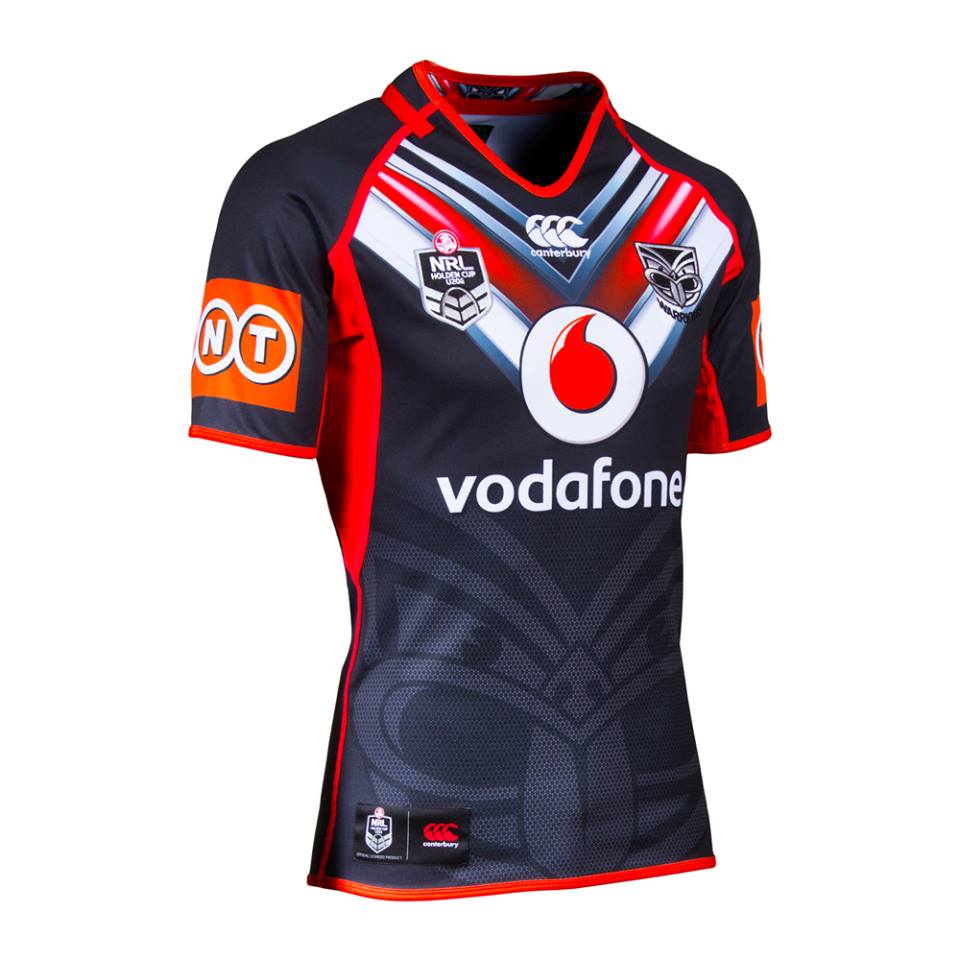 U20's jersey again had a complete facelift but this one was closer to the First Grades colours using only black, red and white.

As has been the tradition on U20's since since 2011 a large Warriors logo was placed on the jersey.


CHECK THROUGH THE IMAGE GALLERY OF THIS POST TO VIEW THE DIFFERENT TYPES AVAILABLE​
OFFICIAL REPLICA - One of two U20's jerseys available in 2014. Made in limited numbers they sold out well.

Not many surfacing online. Most that do are kids jerseys.

PLAYERS JERSEYS - Same as the official replica but with a white number and player fit taper.

All jerseys were given to players at the end of the season. I have never seen one for sale but have seen players family members wearing them...