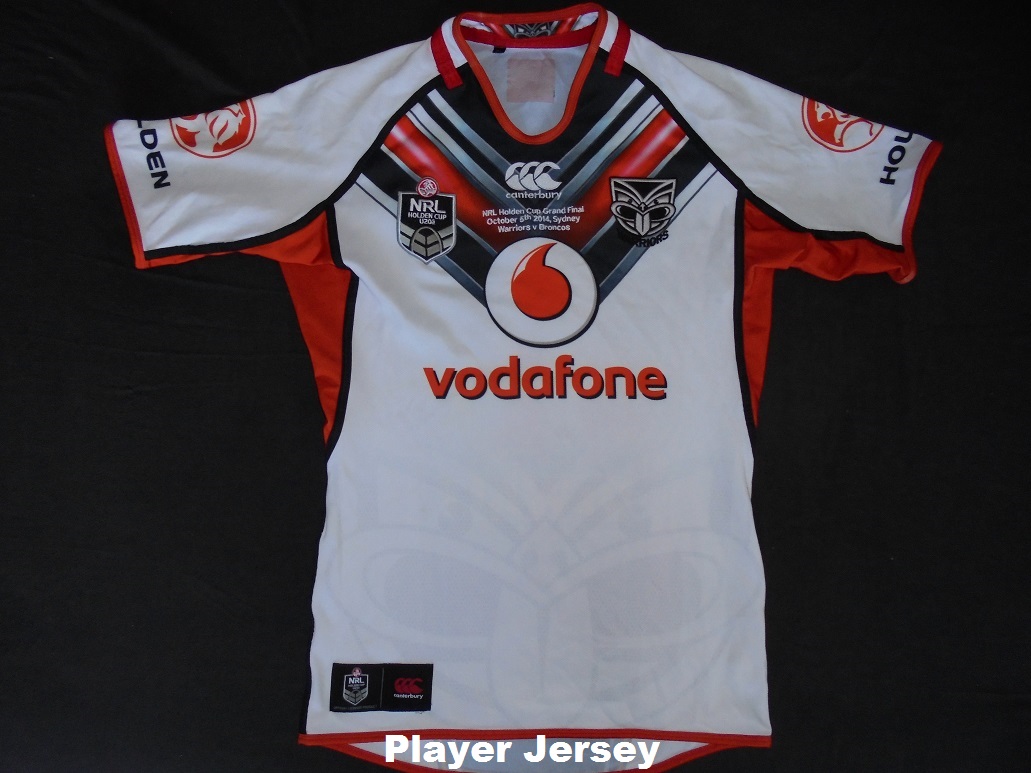 U20's jersey again had a complete facelift but this one was closer to the First Grades colours using only white, red and black.

As has been the tradition on U20's since since 2011 a large Warriors logo was placed on the jersey.

These weren't made available to the general public and were team issued only.

PLAYERS JERSEY - Only type made. All came with a black number and player fit taper.

This jersey was also worn during the teams successful Grand Final appearance and featured special embroidery across the chest of the standard match worn jerseys that had been worn throughout the season. 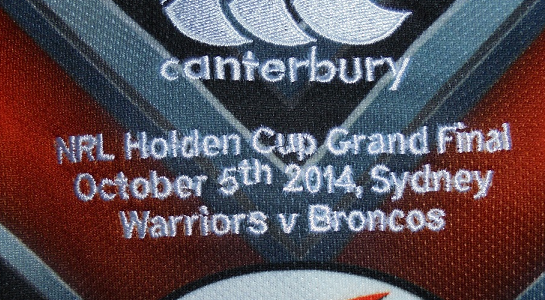