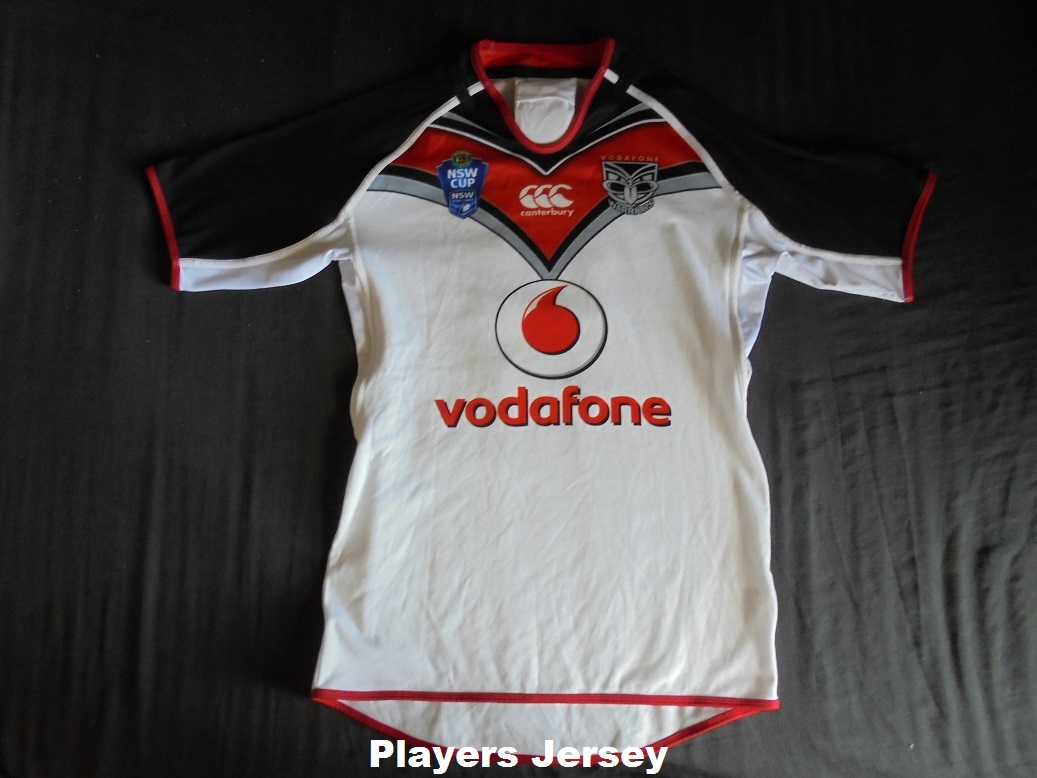 For the first time in about 9 years the Warriors would have their Reserve Grade in house after negotiating the Auckland Rugby Leagues team licence to the New South Wales Rugby League Competition.

The Reserve Grades jerseys were never made available to the public and the club were given all jerseys made.

PLAYERS JERSEY - Only kind available. All came with a black number, player fit taper and a GPS pocket.

All jerseys were given to players who played in them at the end of the season. I have never seen one for sale...
Share:
Facebook WhatsApp Email Share Link