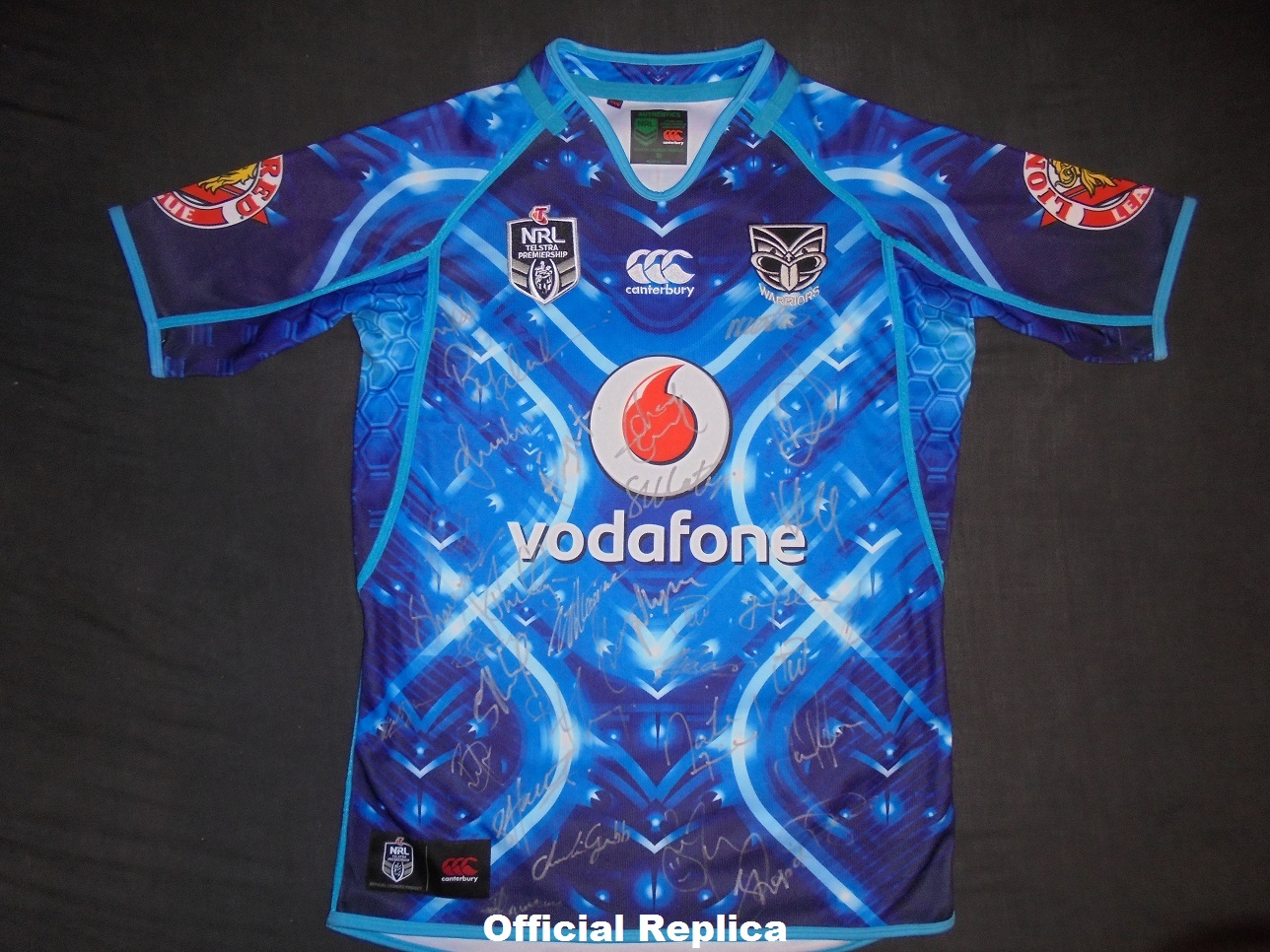 Same as the Nines jersey but with blue piping, new Warriors NRL logo and different detail around the armpit area.

Both the Warriors and NRL logo were embroidered on as well.

I cant remember now and will need to confirm this but Im sure these were only made available at home games.


CHECK THROUGH THE IMAGE GALLERY OF THIS POST TO VIEW THE DIFFERENT TYPES AVAILABLE​
OFFICIAL REPLICA - All sold out with a lot selling alongside gate ticket sales. At one stage they were selling for only $150 with a ticket to a home game.

PLAYERS JERSEY - Same as the official replica but with a white number, taper and GPS pocket. Was worn during the teams three games at Eden Park.

All jerseys were given to the players at the end of the season and Im yet to see one go up for sale...
Share:
Share