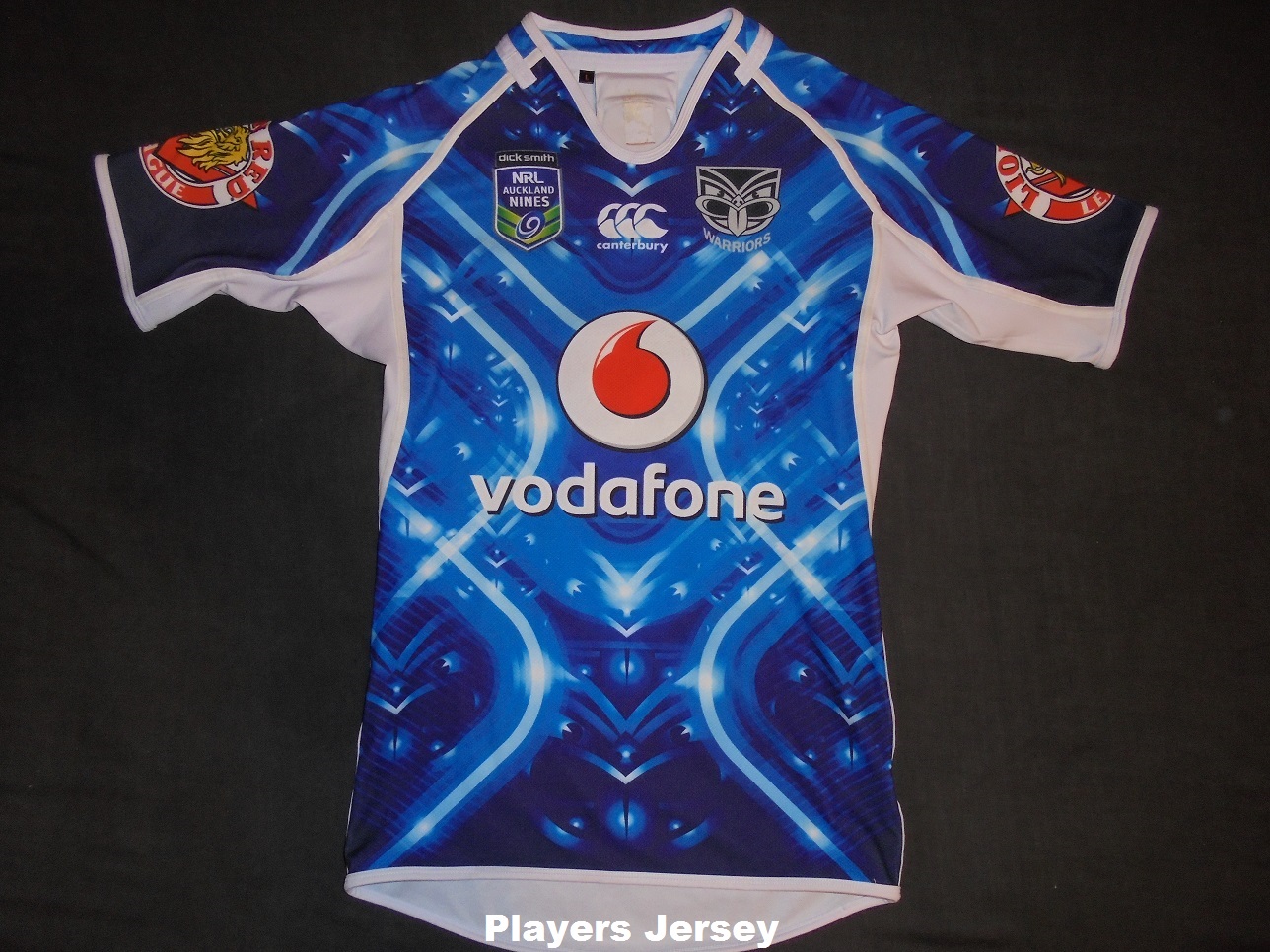 Known as the High Voltage jersey this was used by the team during their five Auckland Nines appearances.

First modeled by Sam Tomkins during his first visit to NZ.

Treated as a training jersey with the NRL and Warriors logos being sublimated and not embroidered on.


CHECK THROUGH THE IMAGE GALLERY OF THIS POST TO VIEW THE DIFFERENT TYPES AVAILABLE​
OFFICIAL REPLICA - Being the inaugural jersey this sold quite well though some limited sizes are still available online at a discounted price.

All players jerseys were given to the players involved in the Nines and are very hard to get. Have seen one sold for $300 and thats about the minimum market value for any players match worn jersey. Unsure of spares but they wouldnt be worth as much.

This is the players and numbers for Auckland Nines 2014: