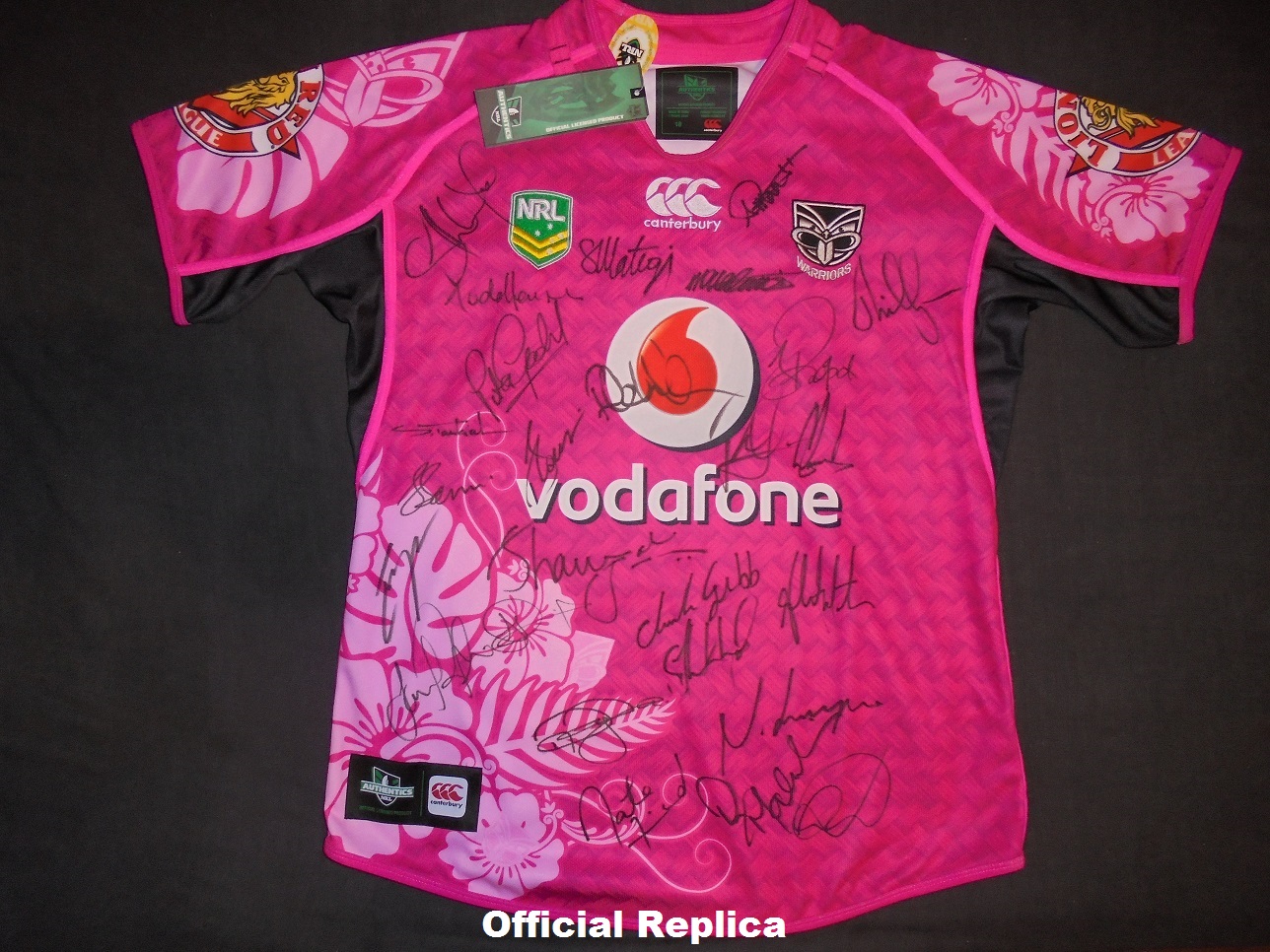 As part of the NRL's Women in League Round the Warriors wore a pink jersey that was specifically tailored towards female fans. The Women in League was actually in Round 10 but the Warriors couldnt wear their jersey as they were playing the Penrith Panthers at home who were wearing theirs (That being the game where the Panthers gave the Warriors their largest loss 62-6).

This jersey only worn once during the season.

OFFICIAL REPLICA - Sold in all sizes including a limited run of mens sizes.

Not sure on how popular it was but you dont see many online second hand and can still buy some brand new.

PLAYERS JERSEY - Same as the replica jersey but tapered and with a white number on the back. They would also for the first time include a GPS pocket. The pocket was stitched on under the back neck hem and had a little sponge included for comfort.