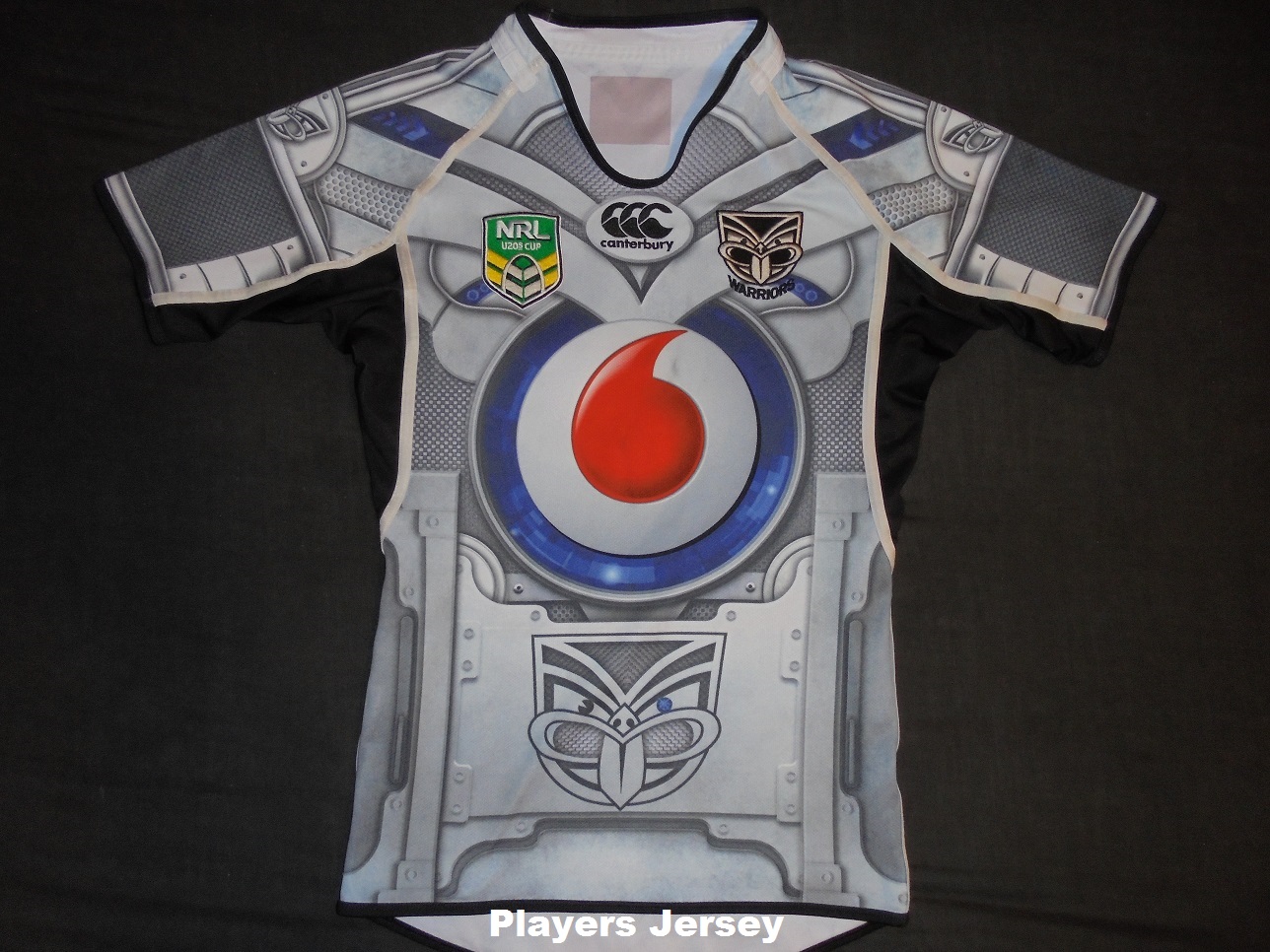 Called the 'Enforcer' by the Warriors and CCC this jersey was widely known as the Terminator by most fans.

A white based colour difference to the home jersey. This jersey wasnt sold or made available to the general public. Only team issued.

PLAYERS JERSEY - Sleeves had no sponsors sublamated on but instead had a Holden patch sewn on. These were all removed and placed on the home jerseys during the Finals weeks.

All jerseys were given to players, some Warriors staff and a few sponsors at the end of the season. As such these jerseys are rare and hard to get. I have seen only one jersey online which was a match spare jersey that was never worn in a game.

Any jersey that does make it to market could expect a starting reserve of around $200...
Share:
Share