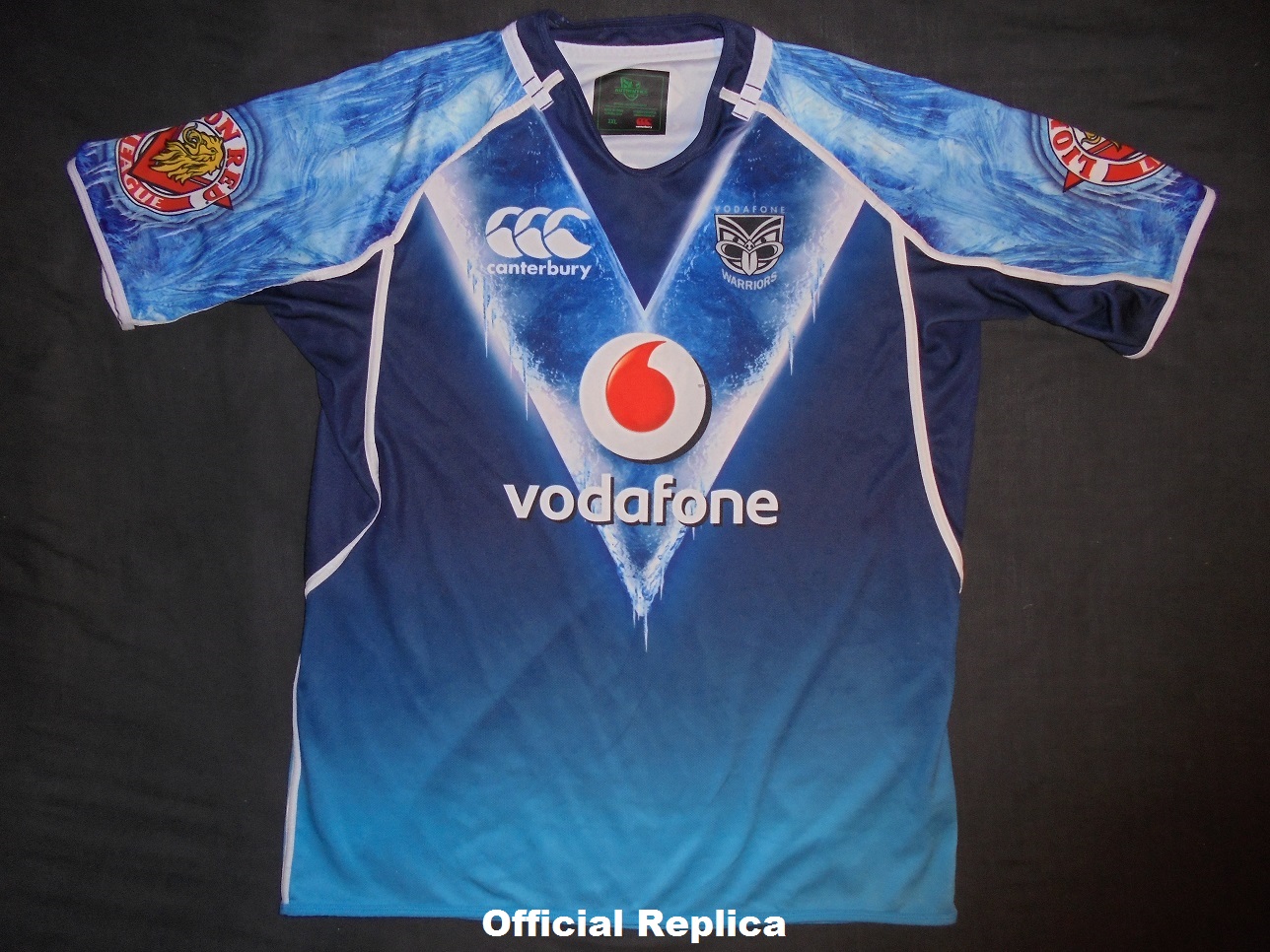 The Subzero, as it was known, was only sold exclusively through Rebel Sport New Zealand stores.

They were stocked in two lots of 300 and both sold out in the main sizes quickly.

OFFICIAL REPLICA - Quite a desirable jersey especially if its in the larger sizes. Most second hand jerseys in those sizes go for around $150.

PLAYERS JERSEY - Worn during the Brisbane Broncos trial match in Dunedin. Was only worn once then used as a training jersey after.

Never seen one for sale and any players jersey will get at least $180. More if its attached to a popular player...
Share:
Share