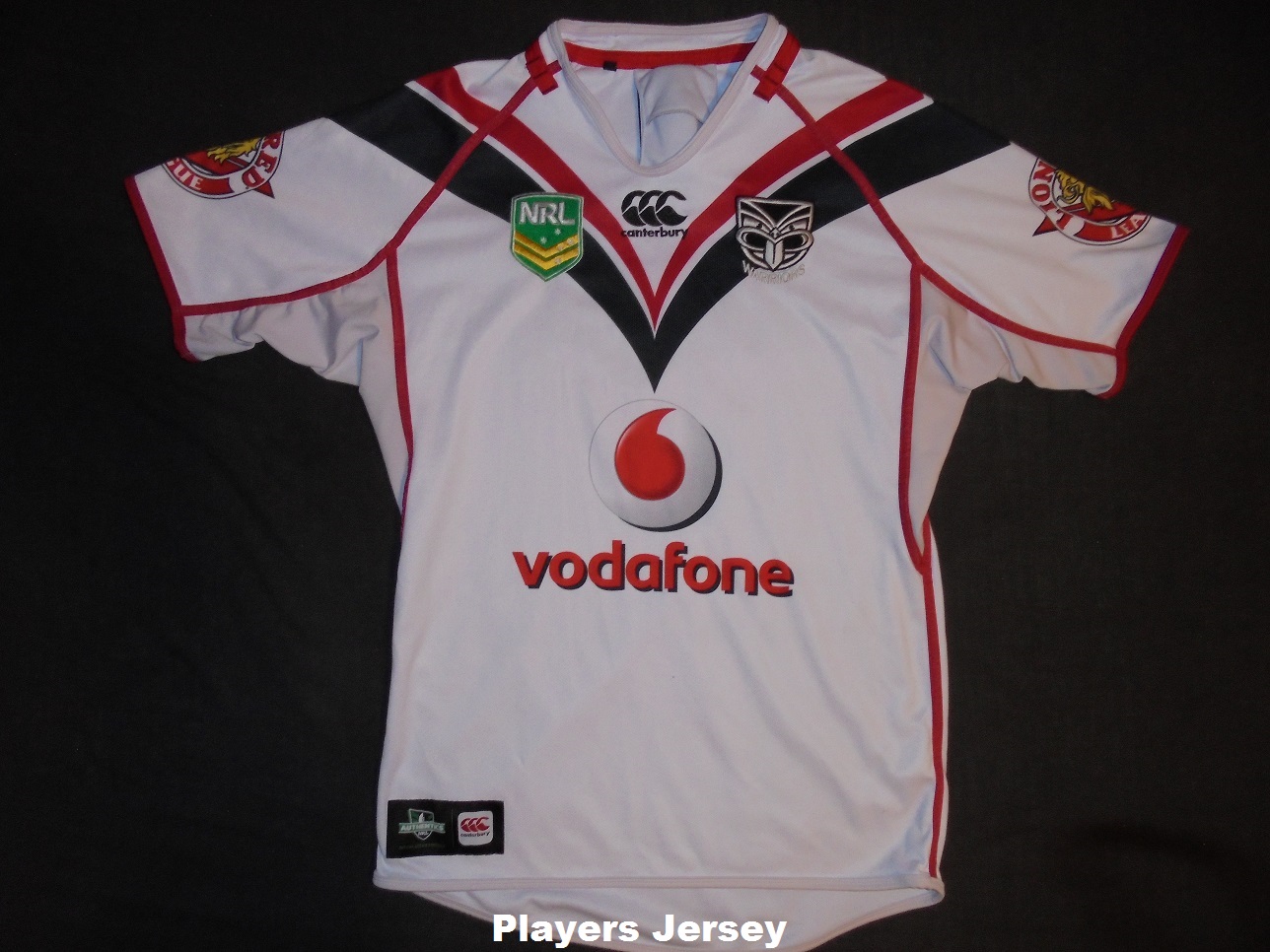 With the NRL badge having a face lift the Warriors didnt change anything from the previous years away jersey apart from putting on the new badge.


CHECK THROUGH THE IMAGE GALLERY OF THIS POST TO VIEW THE DIFFERENT TYPES AVAILABLE​
OFFICIAL REPLICA - Plenty around if you are after one. Pretty distinctive jersey with the new green NRL logo. Just watch for staining. Being a white jersey thats pretty common.

PLAYERS JERSEY - The players jerseys were the same as the replicas but with a taper and black number. They would also for the first time include a GPS pocket. The pocket was stitched on under the back neck hem and had a little sponge included for comfort.

All jerseys were given to the players who wore them with the higher numbered jerseys going to Reserve Grade players. They are around but not very common...
Share:
Share