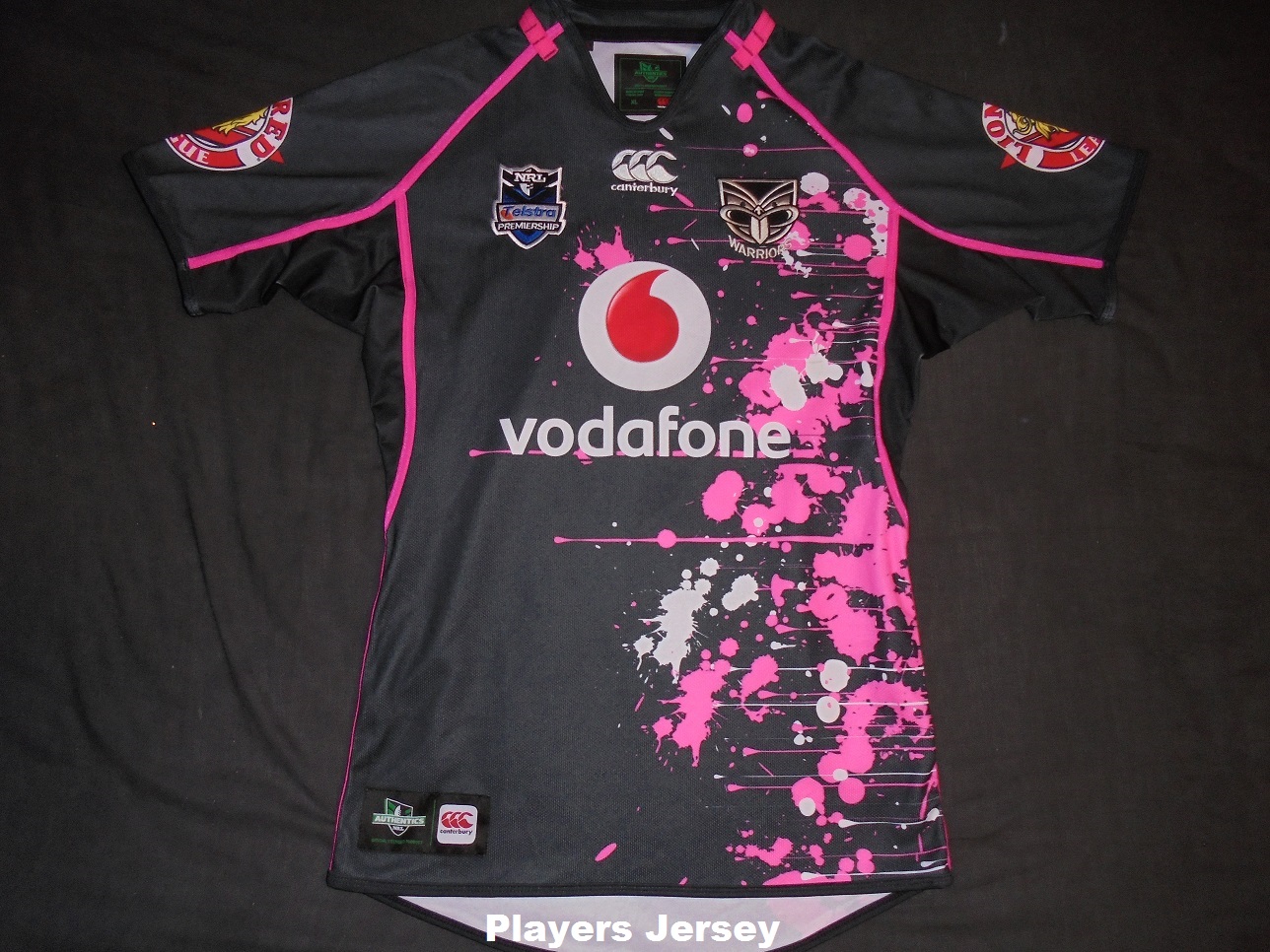 For the first time in the clubs history the Warriors produced and wore a Women In League jersey. Worn in Round 17 against the Cowboys. This was the only game this jersey was worn.


CHECK THROUGH THE IMAGE GALLERY OF THIS POST TO VIEW THE DIFFERENT TYPES AVAILABLE​
OFFICIAL REPLICA - Not sure on how many sold but you dont see many on online auctions and those that you do see dont go for much money.

PLAYERS JERSEY - Same as the official replica but tapered and a white number on the back. Number had small pin holes on it all over. Assuming that was to improve the breathability of the jersey. There was a set made up for training that had the number straight on to a back while the players jersey had a black square sumlimated with the number placed inside that...
Share:
Facebook WhatsApp Email Link