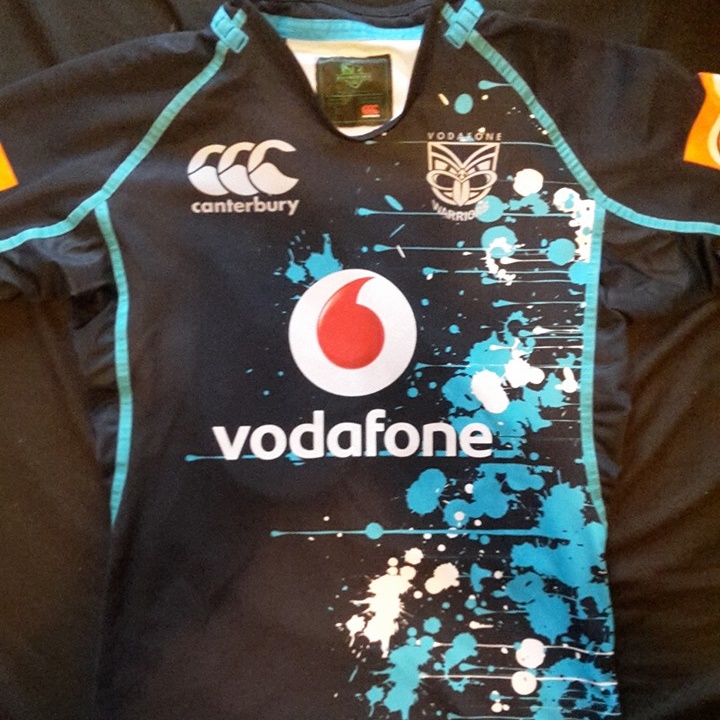 Used by the U20 team for their trial games. After that they were used for the U20 open trial games, preseason games in 2013 (against Howick Hornets) and used by the Warriors Development teams.

PLAYERS JERSEY - Only type made. No replica's were sold to the general public.

There were two jerseys sold in the 2012 CCC sale but both were sold to CCC staff. The only other ones are owned by the club. Very hard jersey to get a hold of. Any jersey that does come up for sale would go for at least $200 unless they lose their rarity (club releasing the 30 odd player jerseys they have onto the market)...

NOTE: There maybe a Warriors First Grade training jersey of this design but I cant find any images for it
Share:
Facebook WhatsApp Email Share Link