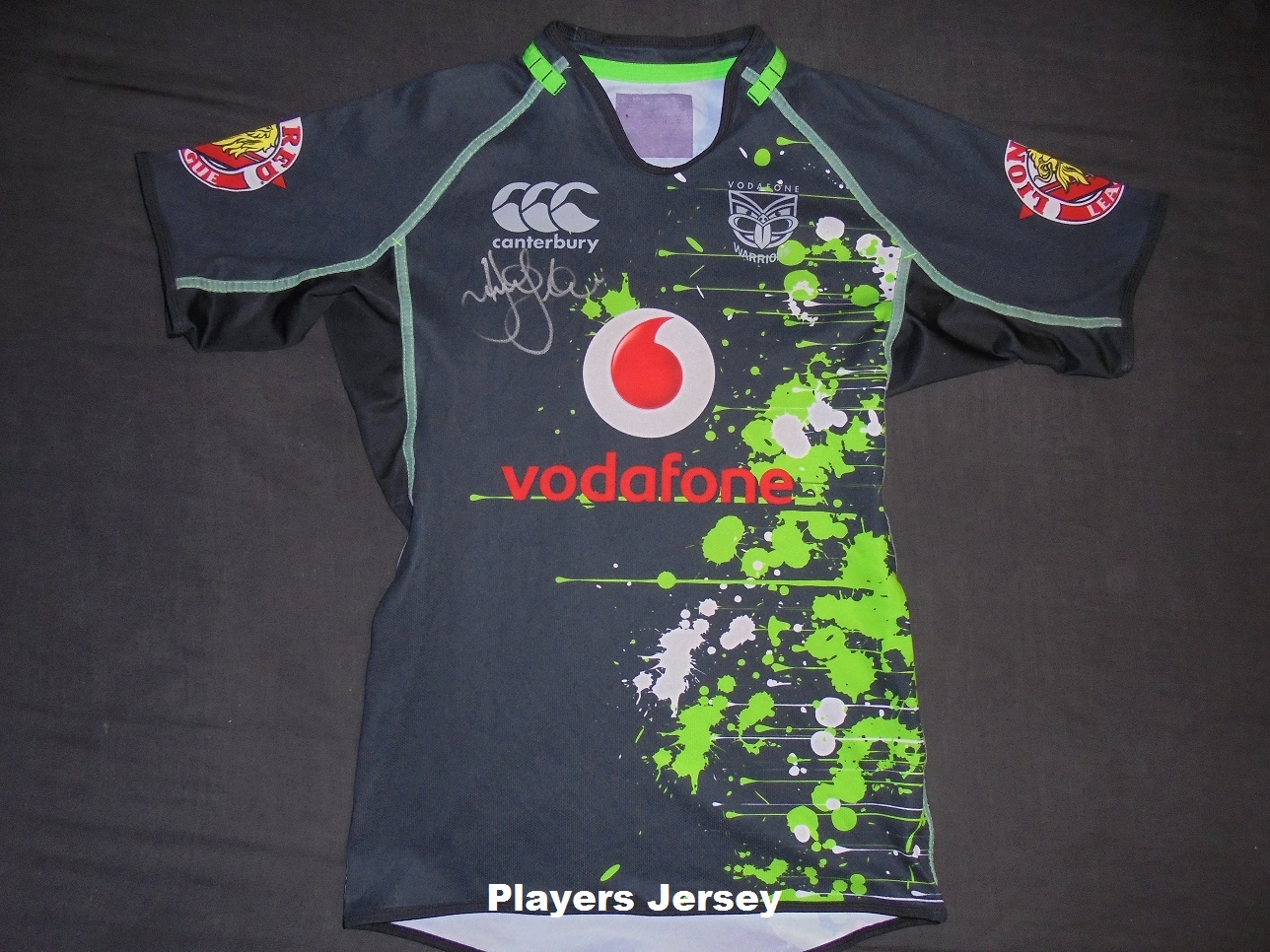 Known as the green paintball jersey. This was worn during the Warriors preseason trials against the Titans at North Harbour Stadium, South Sydney Rabbitohs at Coffs Harbour and Sunshine Coast Sea Eagles in Whangarei.

After the trials the jerseys were used as training jerseys by the team.


CHECK THROUGH THE IMAGE GALLERY OF THIS POST TO VIEW THE DIFFERENT TYPES AVAILABLE​
OFFICIAL REPLICA - These were only made in a limited run and sold out very quickly.

Not many go for sale online. Smaller sizes dont get that much but the larger sizes can go for $100 plus.

PLAYERS JERSEY - Same as the official replica but with a taper and a white number on the back.

Used as training jerseys for 3 years and most have been well washed. Hard to get but with the change of sleeve sponsor you may see a flood of jerseys hitting the market...