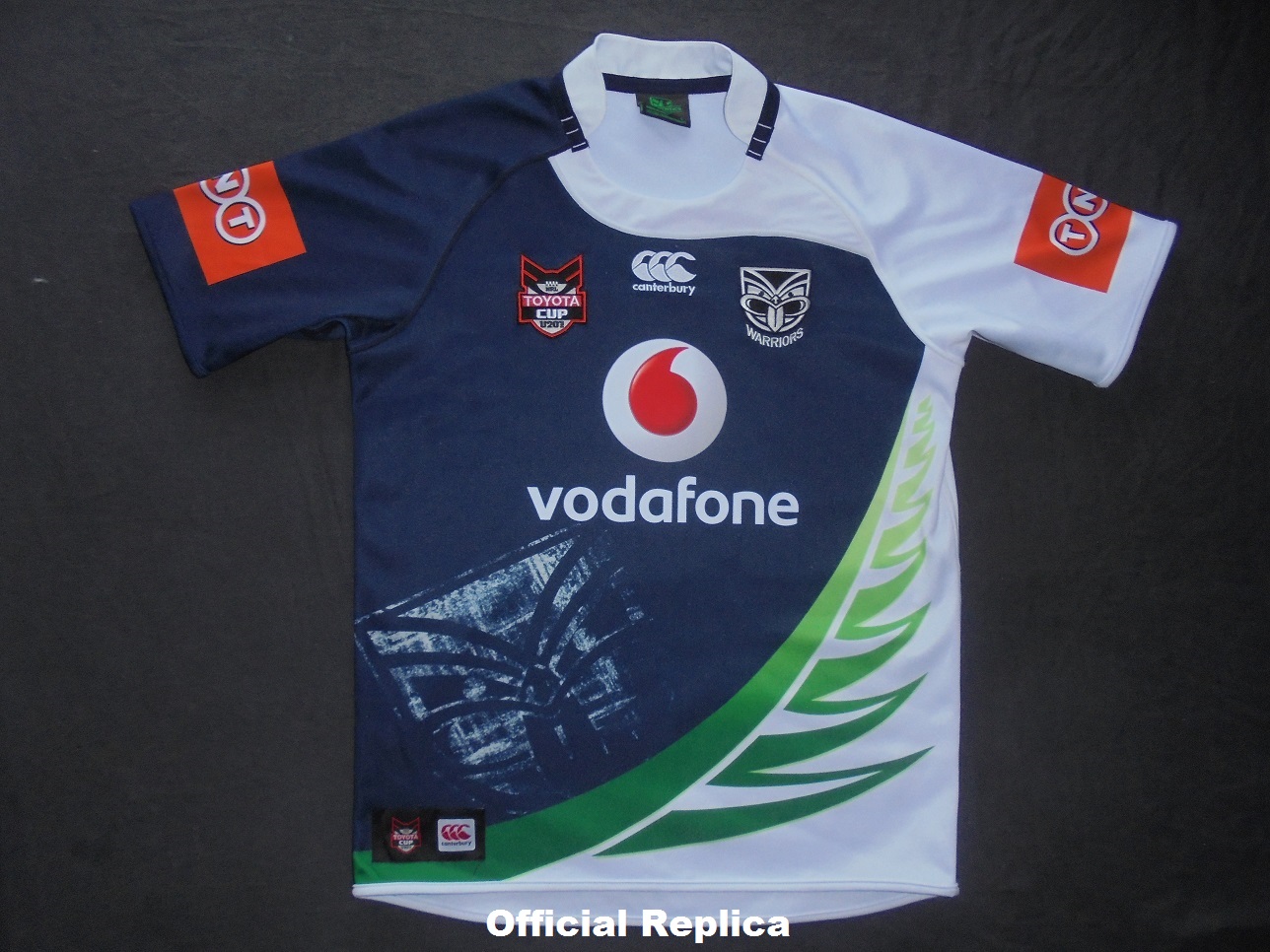 For the first time the Junior Warriors had their own jersey in 2011. It was designed by Daryl John, who won a competition run by sponsors Vodafone and Canterbury of New Zealand to design a new jersey for the team.

Also for the first time the U20's jerseys were sold to the general public.

After 3 years as the U20 sleeve sponsor, Allied Work Force was replaced by TNT.

​
OFFICIAL REPLICA - Dont think this jersey was made in large numbers and they were on sale for sometime after the season finished.

You might see 3-4 come up for sale every year but they dont go for much.

PLAYERS JERSEYS - Same as the official replica but with a white number on the back.

Most were given to the players after the season ended or staff members and sponsors. Have never seen one go up for sale but see a few being worn by family members of players. Any players jersey that hits the market should start at $200 and could potentially go for more...
Share:
Share