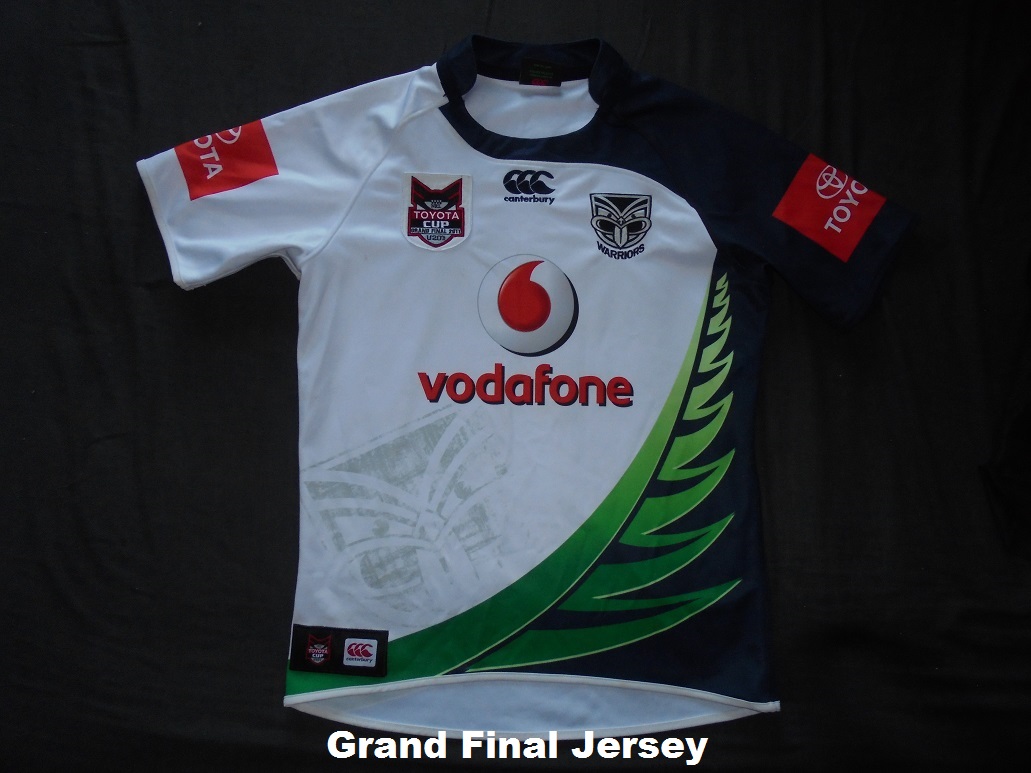 For the first time the Junior Warriors had their own jersey in 2011. It was designed by Daryl John, who won a competition run by sponsors Vodafone and Canterbury of New Zealand to design a new jersey for the team.

Also for the first time the U20's jerseys were sold to the general public.

After 3 years as the U20 sleeve sponsor, Allied Work Force was replaced by TNT.

CHECK THROUGH THE IMAGE GALLERY OF THIS POST TO VIEW THE DIFFERENT TYPES AVAILABLE​
OFFICIAL REPLICA - Dont think this jersey was made in large numbers and they were on sale for sometime after the season finished.

They dont come up as often as the home jersey online. Maybe only twice a year.

PLAYERS JERSEYS - Same as the official replica but with a white number on the back.

This jersey was also worn by the team during their successful Grand Final appearance against the Cowboys. Only difference to the standard away player jersey was the Grand Final badge that was sewn over the Toyota Cup badge. 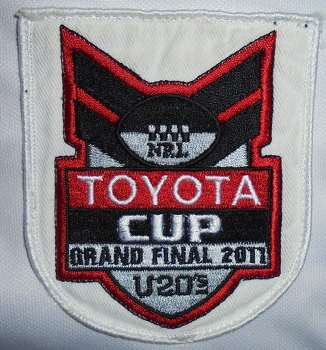 Most were given to the players after the season ended or staff members and sponsors. Have never seen one go up for sale but see a few being worn by family members of players. Any players jersey that hits the market should start at $200 and could potentially go for more. A Grand Final jersey should start at the same if wasnt match worn or $300 if it can be proven it was...