You are using an out of date browser. It may not display this or other websites correctly.
You should upgrade or use an alternative browser.
Overview Gallery (13) 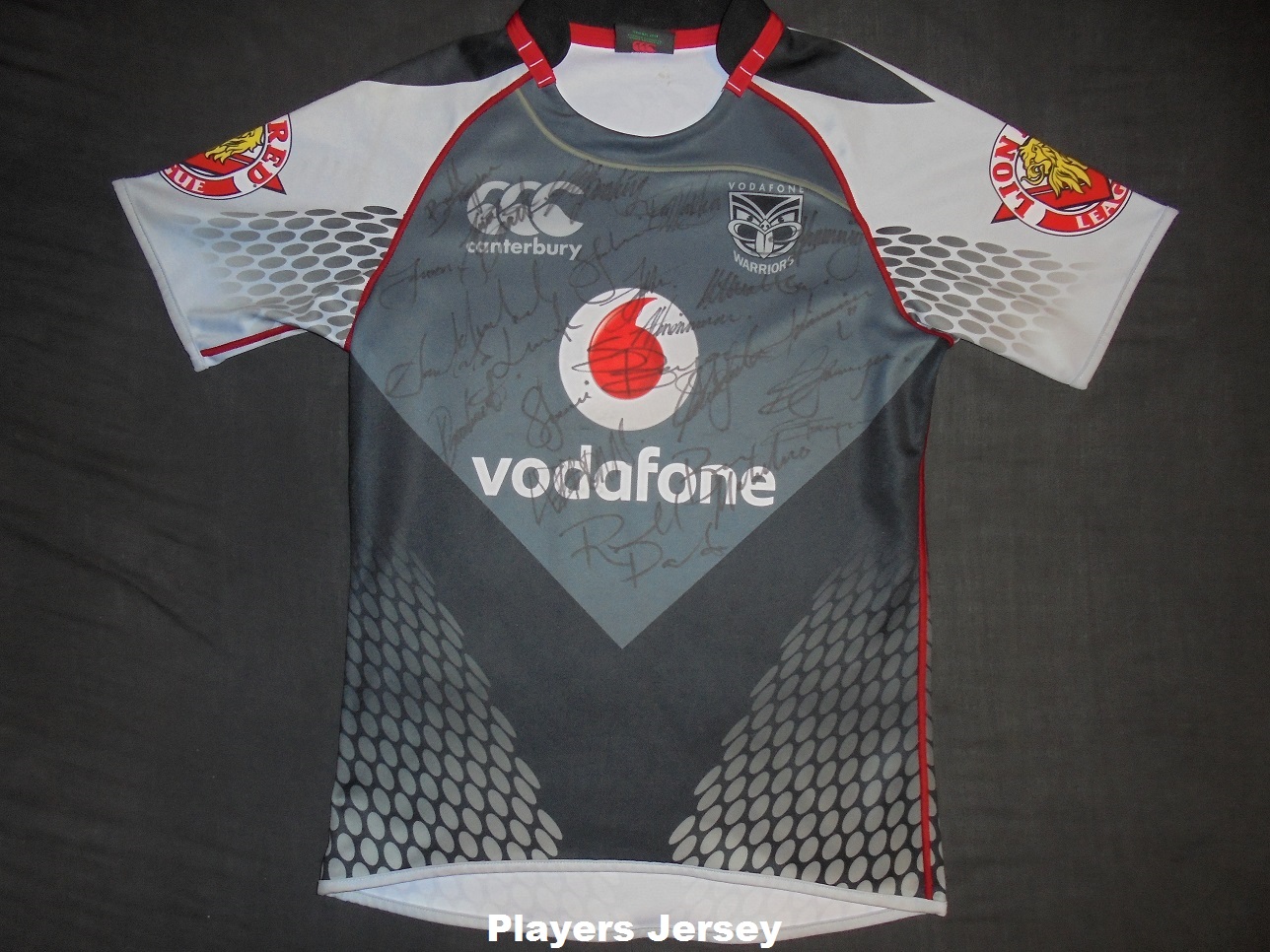 Worn during all the Warriors trial games. Including the trial match in Greymouth in support of the Pike River Mine tragedy. Newcastle Knights agreed to come over for the special match because of their strong mining ties. All money raised was donated to the families of those who had lost loved ones.


CHECK THROUGH THE IMAGE GALLERY OF THIS POST TO VIEW THE DIFFERENT TYPES AVAILABLE​
OFFICIAL REPLICA - Dont really see many around and it wasnt the most popular jersey. Still can get them on online auction sites but they dont go for much.

PLAYERS JERSEYS - Same as the official replica but tapered and with a white number on the back...