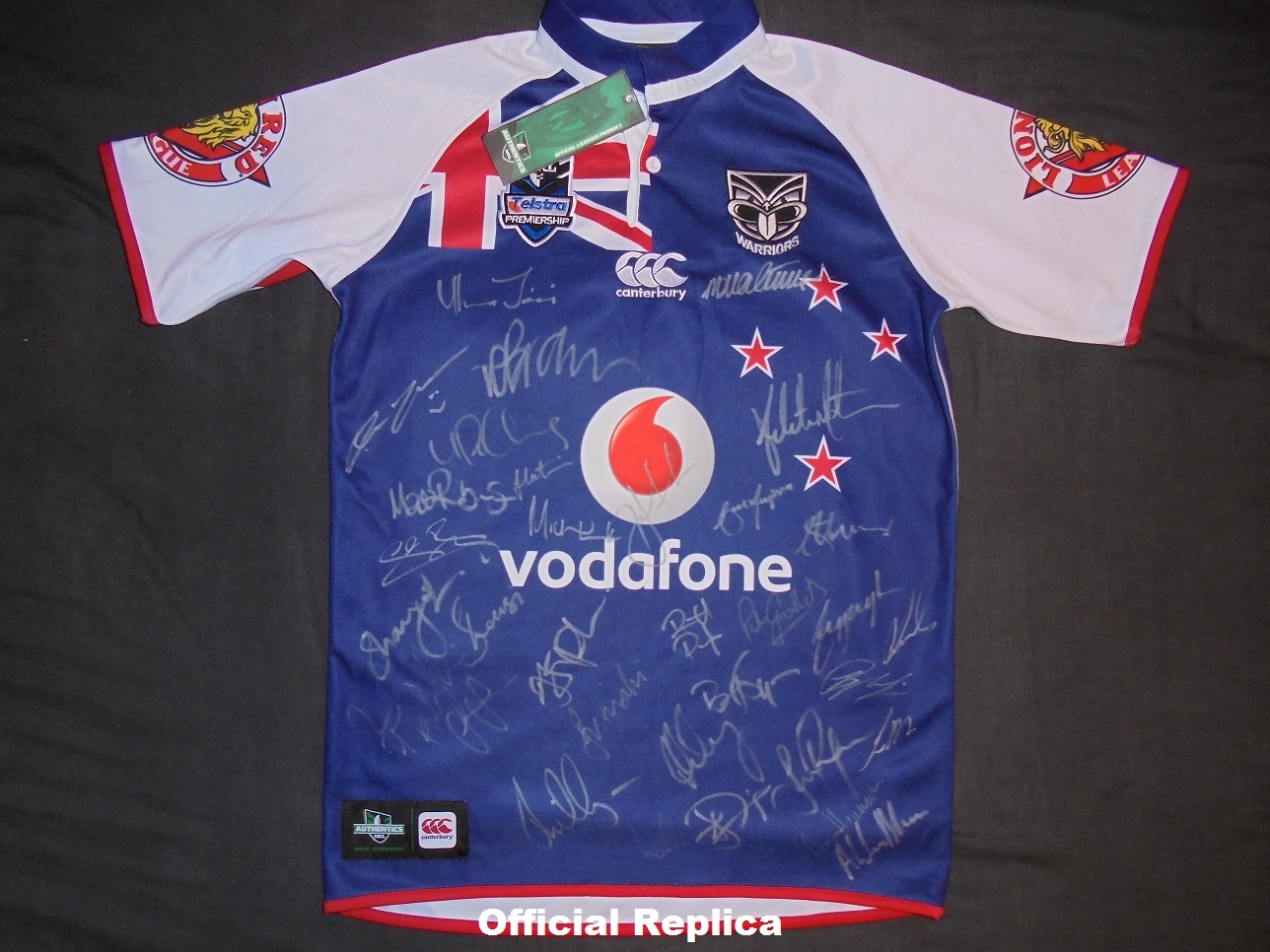 The Warriors heritage jersey for 2011 was based on the New Zealand flag and worn during the NRL's Round 10 Heritage Round against the Newcastle Kinghts.

The heritage was most famously worn during the Warriors Semi Final match against the Wests Tigers when Krisnan Inu scored a stunning late try to seal the win.


CHECK THROUGH THE IMAGE GALLERY OF THIS POST TO VIEW THE DIFFERENT TYPES AVAILABLE
​
OFFICIAL REPLICA - Sold well. Not as widely available as the home and away jersey but they do pop up on online regularly enough. Theres also a lot of signed jerseys out there but most people try charge far too much for it. A signed jersey is worth around $250 now.

PLAYERS JERSEY - Same as the official replica but with a slight taper and a white number on the back.

Not many out there as most were given to players at the seasons end...