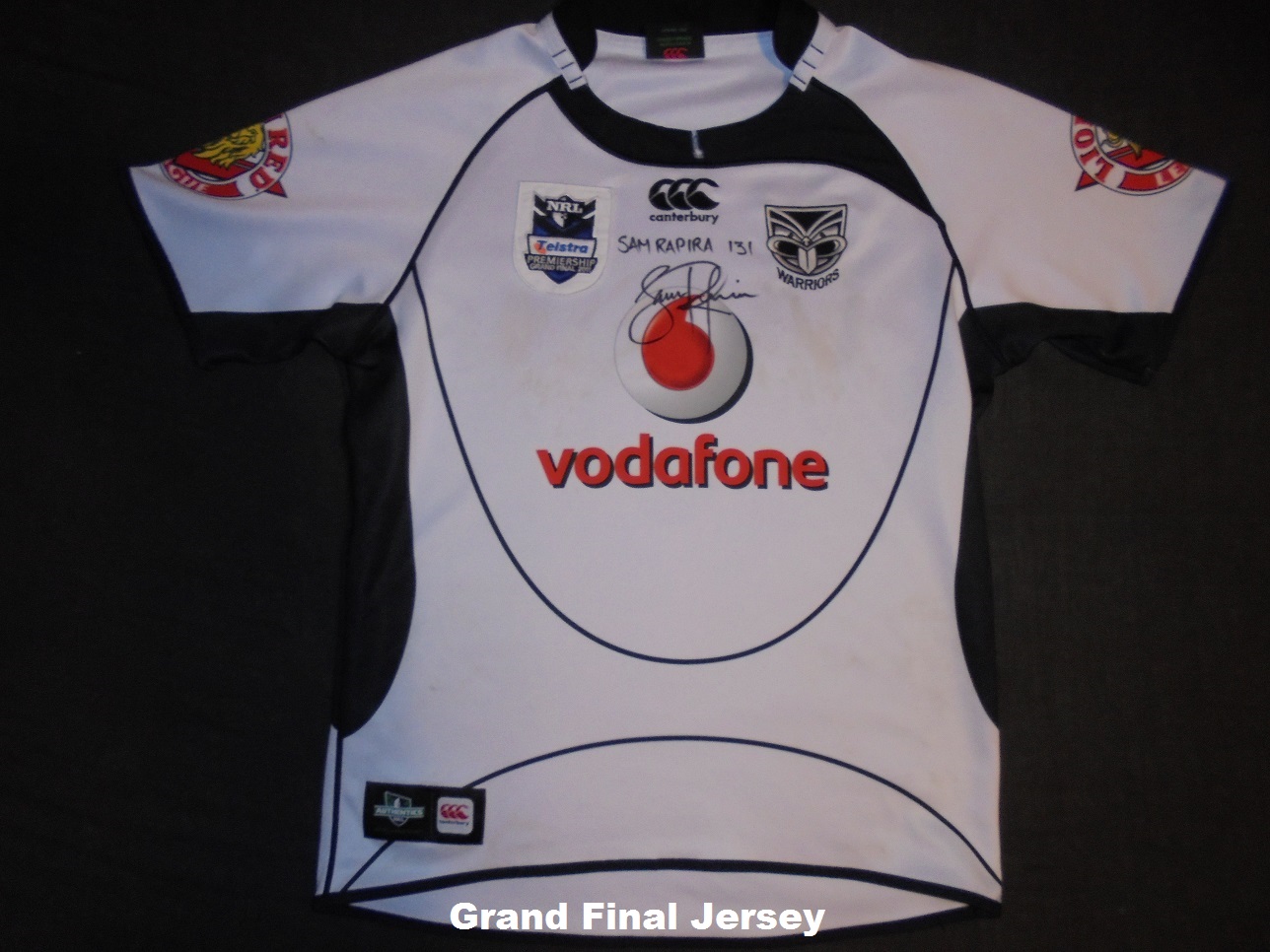 The 2011 away jersey would be the same design as the two previous years and only differ to the 2010 version with a new lower back sponsor. After 5 years as the clubs first lower back sponsor, Loadlift would be replaced by SKYCITY. The SKYCITY lettering on the back was blue.

All other sponsors would remain the same in style and design.


CHECK THROUGH THE IMAGE GALLERY OF THIS POST TO VIEW THE DIFFERENT TYPES AVAILABLE​
OFFICIAL REPLICA - Common enough to find online. The white away jersey can suffer from staining so be sure to check.

PLAYERS JERSEY - Most had some slight custom cut to them. Tapered or shortened for the player it was made for. Same as the official replica but with a black number on the back.

The away jersey was worn by the Warriors during their 2011 Grand Final loss to Manly. The jerseys were the standard match worn away jerseys with the addition of the NRL Grand Final badge which read:

A match worn jersey would be close to impossible to get as all players would keep them but their was a second set made up as well as a few spares with numbers like #22 which were given to staff or sponsors. These would be the most likely ones you would get but goodluck. Russell Packer was given his spare jersey and he sold it for charity. It went for some $1100 in 2012...
Share:
Share