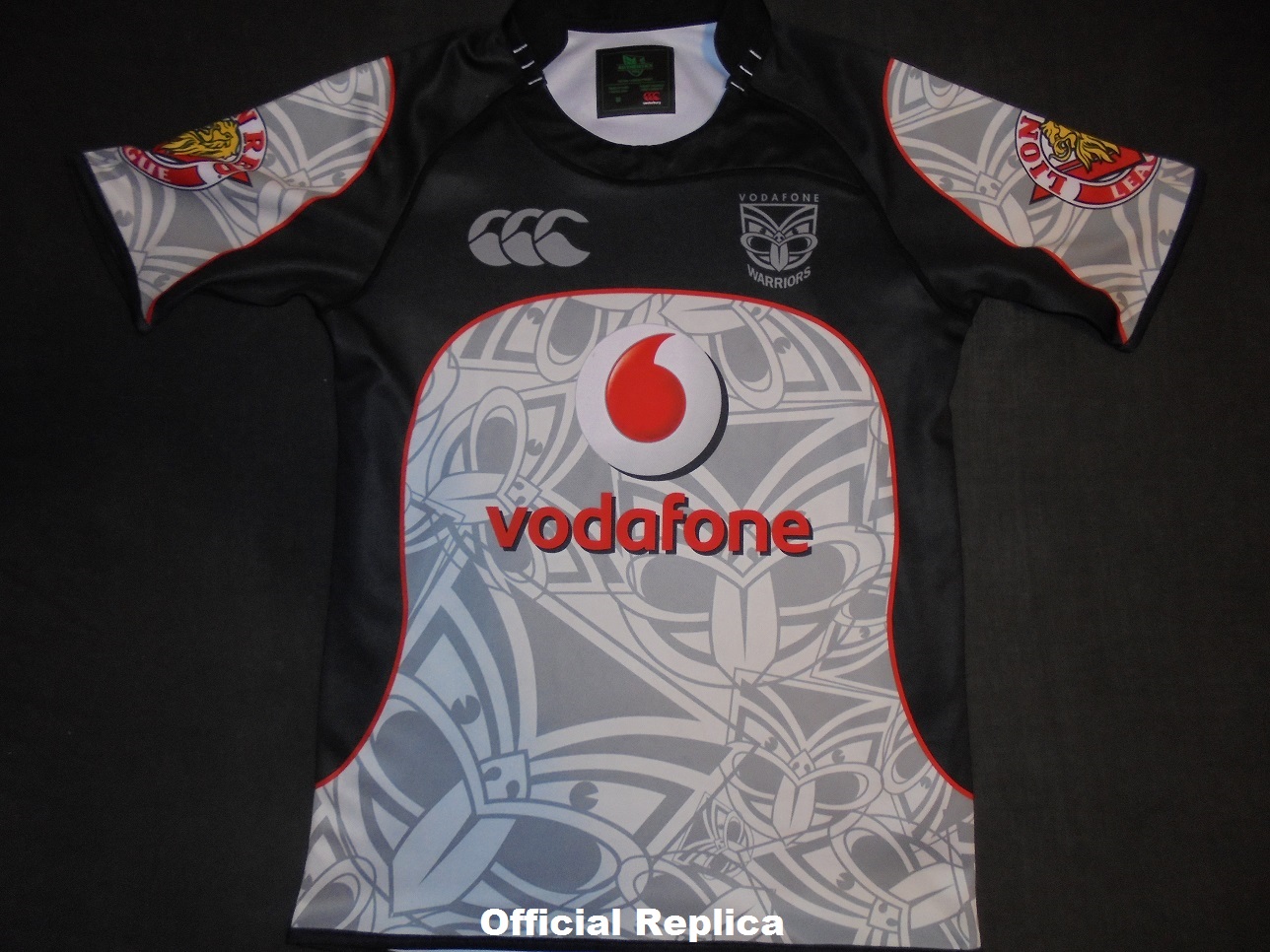 Used by the Warriors during their trial games against the Sydney Roosters in Rotorua, North Queensland Cowboys in Cairns and Manly Warringah Sea Eagles at North Harbour Stadium.

As far as I know no other training jersey was made as an opposing colour alternative. All training pictures I have seen for the 2010 season have the Warriors wearing this training jersey, past seasons jerseys and training bibs.

CHECK THROUGH THE IMAGE GALLERY OF THIS POST TO VIEW THE DIFFERENT TYPES AVAILABLE​
OFFICIAL REPLICA - You dont really see this jersey much at games or on online auction sites. They do come up for sale often enough if you are after one.

PLAYERS JERSEY - Players jerseys differed slightly from the official replica sold to the public. The Vodafone logo on the back was placed higher with the speech logo on the left hand side. This was to accommodate the black number. Look in the image gallery for a side by side comparative picture.

These players jerseys are rare as they weren't handed out to players but kept for training purposes. There are also used for open trials...