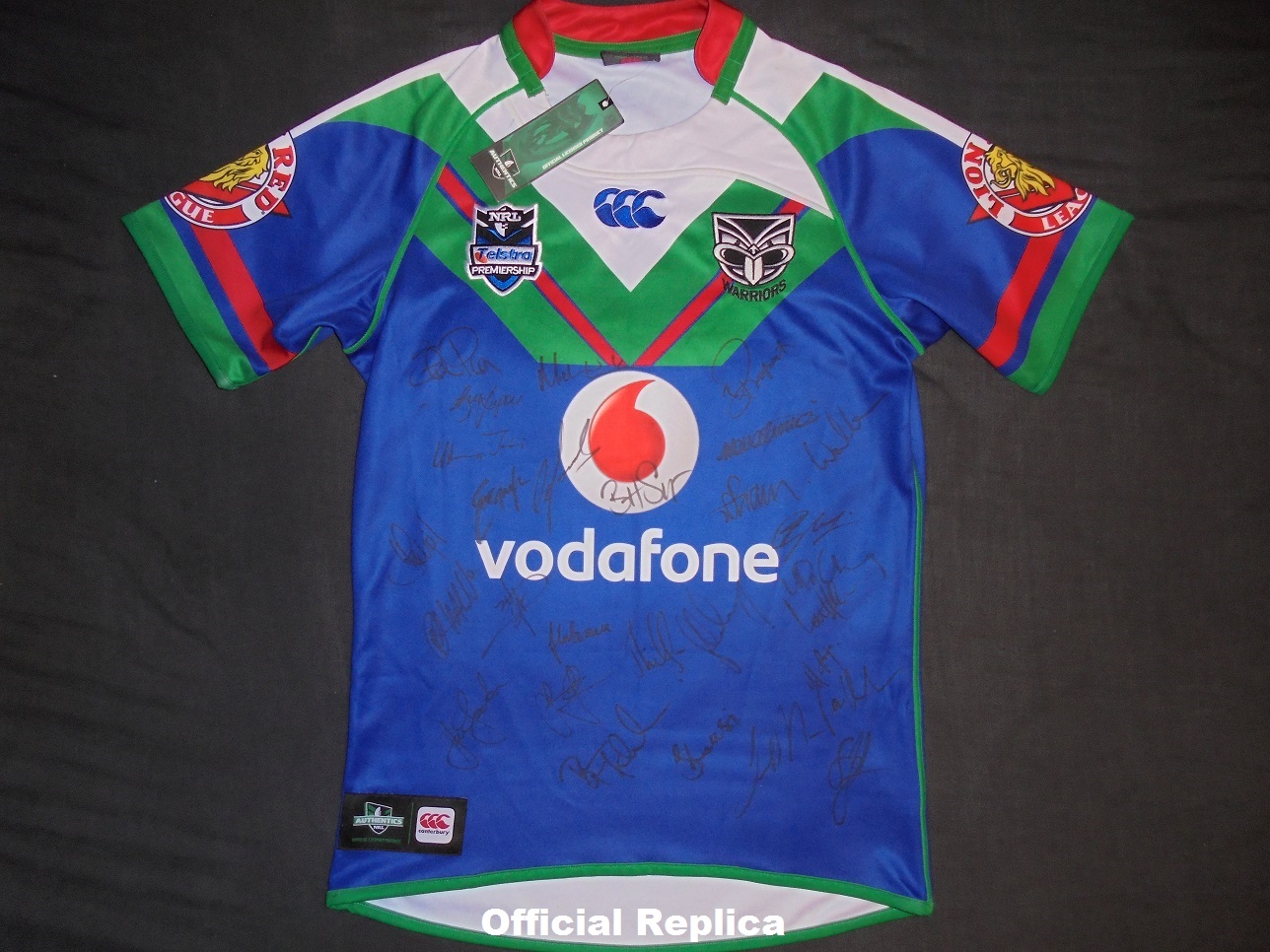 Modeled after the Warriors inaugural home strip this jersey was released to commemorate the Warriors 15th year in the Australian Rugby League competition.

The Anniversary jersey was worn in the first round of the season after the Gold Coast Titans opted to wear their white away jerseys for the match in the Gold Coast. This decision was repeated in round three after Brisbane opted to wear white in another Sunday afternoon game in Queensland.


CHECK THROUGH THE IMAGE GALLERY OF THIS POST TO VIEW THE DIFFERENT TYPES AVAILABLE​
OFFICIAL REPLICA - Although this jersey sold really well you dont see many going for auction as people tend to keep it for the collection. They do pop up frequently enough and most go for between $60-$130 depending on condition and size.

PLAYERS JERSEY - Same as the replica but with a taper and a white number on the back.

Ive never seen one for sale. No doubt this one would be a must for collectors and any jersey with any number should go for in excess of $250...